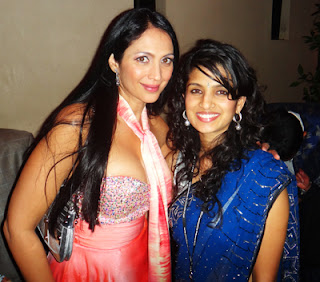 Film Actress and House of Pandit CEO/ Producer Kalpana Pandit walked the prestigious red carpet at the 10th Annual Indian Film Festival of Los Angeles (IFFLA) last evening to attend the world premiere of Dr. Bedabrata Pain's “Chittagong" on the glamorous opening night of the renowned film festival.
She also promoted her upcoming Hindi Feature Film Jaanleva 555 on the red carpet which will hit screens worldwide later this year. Directed by Sandeep Malani and produced by House of Pandit, this mystical romantic thriller set in the exotic jungle locales of India has the unique dedication of pledging a percentage of its profits to a critical medical cause in the rural hospitals of India. 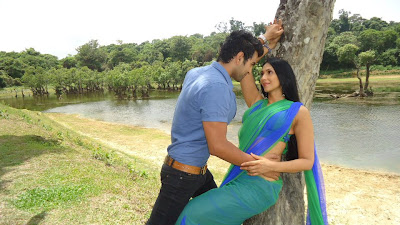 The film has 13 chartbusting musical numbers composed by seven fresh talents from India and America and five key dance numbers have been choreographed by Longinus Fernandes of "Slumdog Millionaire" fame. The film introduces a brand new leading man, supermodel Abrar Zahoor to the Hindi Film Industry. Jaanleva 555 also has American actor Cliff Janke, Akash Hora, Willy Manchanda, Ranjeet Jha, Mann Hora, Shona Chabra, Anant Vijay Joshi and Mohammed Vaseem in supporting roles.
Kalpana watched " Chittagong" in the presence of the august cast & crew of the film at the Arclight Hollywood and stated that intense, touching and spirited independent films such as these need to be brought to light worldwide and IFFLA is doing a marvellous job in that direction. New filmmakers from India are getting a globally highlighted platform through IFFLA to showcase their talent".
Posted by Films & TV World at 11:14 AM