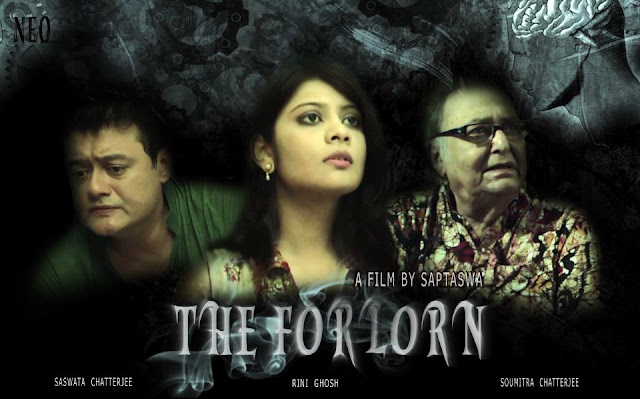 Slated to be the biggest event in North East India, the First Imphal International Short Film Festival 2012 that is all scheduled to open its doors this Sunday April 15 at Rupmahal Theatre, Imphal, Manipur has finally announced its opening film at the festival. Directed by Saptaswa Basu - The Forlorn - that has Iconic Bengali actor and Dadasaheb Phalke Award Winner Soumitra Chatterjee in a lead role will open the festival on Sunday.
Directed by Saptaswa Basu, “The Forlorn”, is a psychological thriller centering around a young woman who, after moving into a new apartment, stumbles upon the previous tenant's diary. This former occupant, a parapsychology researcher, is dead. She becomes obsessed with the diary. Her behaviour becomes increasingly erratic; she sees hallucinations and is tormented by the feeling of being stared at even when she is alone. Soumitra Chatterjee plays the role of a senior psychiatrist who helps his junior Saswata Chatterjee (who recently was seen with Vidya Balan in Kahaani, where he played a simple looking scary contract killer Bob Biswas) deal with the same. Also featuring Rini Ghosh in the female lead, this High Definition digital short film deals with both parapsychology and psychological issues but this is obviously not a supernatural film. 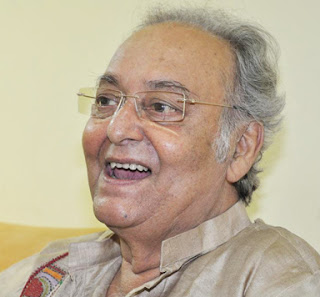 “Besides working in award winning films of Satyajit Ray, Mrinal Sen and Tapan Sinha, Chatterje encourages short film makers,” says Director Saptaswa Basu whose was insistent that Chatterjee can only play the part of the psychologist perfectly. “It was a rigorous process, convincing Chatterjee to take on the role. He is a very busy person and is also very choosy about the roles he is playing," says Basu. "I met him with my mum… I introduced myself; I said I am going to do this kind of a film and it is very important for you to work with me because the character only suits you."

This film was premiered at the 8th Kolkata Short Film Festival (International) on 8th December, 2011. This is the first short film in which Saswata Chatterjee has acted in and shared screen space together with Soumitra Chatterjee after a very long time.
According to Mohen Naorem, the festival director, “We were keenly looking forward to have Dadasaheb Phalke Award Winner Soumitra Chatterjee amongst us to motivate young film makers across the global platform on the opening day of the festival. However, he wouldn’t be able to make his presence at the festival due to his pre-commitments. He has however, wished the festival all success.”
A four day cultural event will mark this prestigious festival. Outstanding 40 domestic films and 10 International films has been received for the screenings like Open Doors by Ashish Pandey, Brian's Gandhi by Ram J Saravanan, Maut Ka Kunwa by Sumant Bapurao Mali from Mumbai, LOC-A Playground by Atul Kumar Sharma from Mumbai, Bengali film Swapno Satyakam by Tomal Chakraborti, Tamil film Sathish Chandrasekaran B.E., MBA by Sathish Chandrasekaran, Malayalam film "Sabdarekha" by Nirmal S, Samvedanam by Methil Komalankutty from Dubai, Iranian film The Bare Foot Leader Zohreh Zamani.
Organized and promoted by “Legend Studio Manipur and Action for Social Advancement (ASA) Manipur” with the support of Film Forum Manipur. IISFF 2012 will witness great short films from around the world.
Posted by Films & TV World at 1:46 PM