Britney all set to give Simon a run for his money! 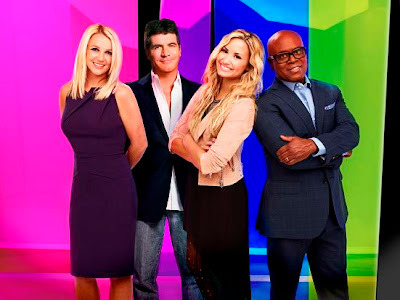 Looks like the singer with the super sweet voice can be quite spicy when it comes to speaking her mind! That’s what you are going to find out starting September 14 as BIG CBS Networks brings to India the latest season of the singing reality show, The X Factor USA. The singer follows sharp tongued co-judge, Simon Cowell’s footsteps while judging contestants on The X Factor USA on BIG CBS Prime. The show will air in India across all 3 BIG CBS channels - Prime, Love and Spark, concurrent to the United States. The X Factor will air every Friday at 9 pm beginning from September 14.

While talking about what her judging style on The X Factor is going to be like, Britney Spears said that her judging style would be subtle and that she wants to give constructive criticism. However, at the end of one of the performances on the show, the ‘toxic’ singer, who has herself been a singing superstar since her teenage, asks the contestant, "I want to know who let you on stage." This comment even caused co-judge Simon Cowell, who is known for his infamous comments, to raise his eyebrows! It seems Simon knew what he was talking about when he said, "Britney's quite mean, as you'll discover." Looks like Simon has some competition!

Britney, who is a superstar in her own right with scores of fans all over the world and numerous awards in her kitty, sure knows what she is talking about when it comes to judging The X Factor contestants. And the contestants would be right not to take Britney with her twinkling eyes and beguiling smile too lightly because she is definitely taking her gig as a judge on The X Factor seriously. But one thing is for sure, the contestants certainly wouldn't want to get on the wrong side of Miss Britney Spears!

Watch out for the sizzling judge, Britney Spears on the latest season of The X Factor, starting September 14 at 9 pm only on BIG CBS Prime, Love and Spark.
Posted by Films & TV World at 7:50 AM