COVER STORY : A continuation of "Heroine" and the film industry expose? 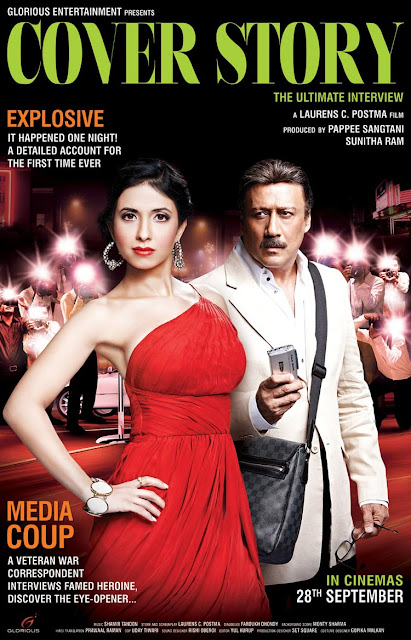 The film industry and with the Heroine as a protagonist seems to be the flavor of the season. Yes, quite a few films with the world of glamour as the central element are releasing in quick succession. If right now any film is making waves, it is Kareena Kapoor in Heroine. Then we also had Raaz 3 where Bipasha Basu played one and the film centred around a Heroine whose career was fast coming down.

This Friday will see one more movie in the same bracket. Its Jackie Shroff starrer COVER STORY that has Sheena Nayar playing a heroine.  While Jackie Shroff is returning as main lead in a film after years, he clarifies that Cover Story is not exactly about an expose on the film industry. Rather more about getting into the life of an actress with deeper secrets revealed about her. However, the film also touches some gray areas like 'casting couch' albeit in a different manner. Hope this one too with the 'casting couch' doesn’t dwell too close to Kareena's HEROINE.

Starring Jackie Shroff and Sheena Nayar, Cover Story - The Ultimate Interview is produced under the banner of Glorious Entertainment and will be releasing on 28th September.