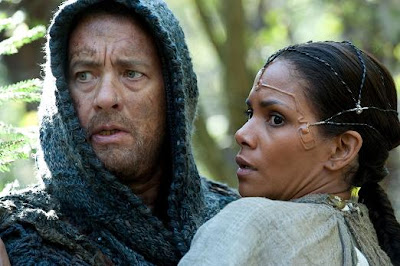 Cloud Atlas is an adaptation of the eponymous 2004 novel that was written by David Mitchell. The movie has been written and directed by the renowned The Wachowskis - Lana Wachowski and Andy Wachowski (Matrix trilogy) along with Tom Tykwer (Run Lola Run). Cloud Atlas is a story of humankind in which the actions and consequences of everyone’s lives impact one another throughout the past, present and future. Staying true to its caption, “Everything is connected”, the film shows how one soul is shaped, across lifetimes, from a murderer into a saviour and a single act of kindness ripples out for centuries to inspire a revolution. Each member of the ensemble appears in multiple roles as the story moves through time.

Speaking on bringing Cloud Atlas to India, Kamal Gianchandani, President, PVR Pictures said, “Cloud Atlas boasts of a great ensemble cast consisting of Tom Hanks, Halle Berry, Hugh Grant, Susan Sarandon, Hugo Weaving and many others which almost guarantees a great experience in itself. This is one of the most awaited Hollywood movies of this year and PVR is proud to be at the forefront in bringing great cinema, much like Cloud Atlas, from the world over to India. We are positive the Indian audience will appreciate this offering as they have done in the past.”

Cloud Atlas will also be shown at the prestigious Toronto Film Festival which is set to commence next week.

PVR Pictures is the flagship film production and distribution arm of PVR Limited and has built an impressive slate in Hindi & English films which it markets and distributes. Established in 2001, PVR Pictures is the No. 1 independent Hollywood Film Distributor in India. Since then, the company has distributed more than 250 plus titles. PVR Pictures releases nearly 20 films theatrically every year. Led by its passionate promoters Ajay Bijli and Sanjeev K Bijli, PVR Pictures has distributed award-winning films like The Iron Lady, My Week with Marilyn, Ides of March, The Tree of Life, Biutiful, Drive and popular titles like Step Up 3D, Haywire, Breaking Dawn, New Moon, Red and The Rum Diary.
Posted by Films & TV World at 8:20 PM