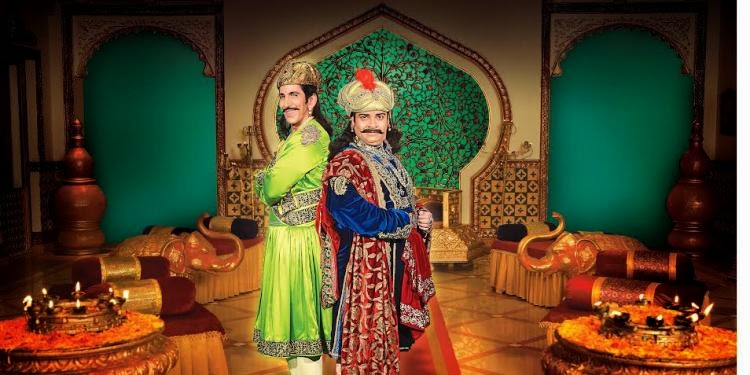 India’s Comedy Destination - BIG MAGIC’s Har Mushkil Ka Hal Akbar Birbal has something very exciting up their sleeve, this week. The viewers are in for a new set of comical errors in a special two day episode, this Thursday – 26th June, 2014 at 9pm when Rani saheba decides to put the almighty Akbar’s love to test!

As per the track, the emperor Akbar is seen in a jolly good mood but soon his happiness turns into grief when the news of Rani Saheba’s memory loss unfolds in the palace. The pensive emperor rushes to Rani Saheba and takes care of her without knowing that it’s a trick by his beloved wife to test his feelings for her. As the day unfolds, the tables turn as emperor takes advantage of the memory loss and makes the queen do things for him. As the royal couple is out to get each other, this results in a hilarious turn of events, until the ever-witty Birbal figures out what is really going on.

Featuring some of the best in comedy and television entertainment, Har Mushkil Ka Hal – Akbar Birbal is a fresh, comic take on the much-loved childhood folktales. The first in the genre of Historical Comedy, Akbar Birbal has captured the audience’s imagination with its delightful storyline and stellar cast featuring Kiku Sharda, Delnaz Irani, Vishal Kotian and Kishwar Merchant. Aired on BIG MAGIC at 9pm, the show has received a lot of adulation from fans and critics alike. Over social media, there has been an outpouring of praise for the well-crafted script, the actors’ quick comic timing and their unique chemistry.