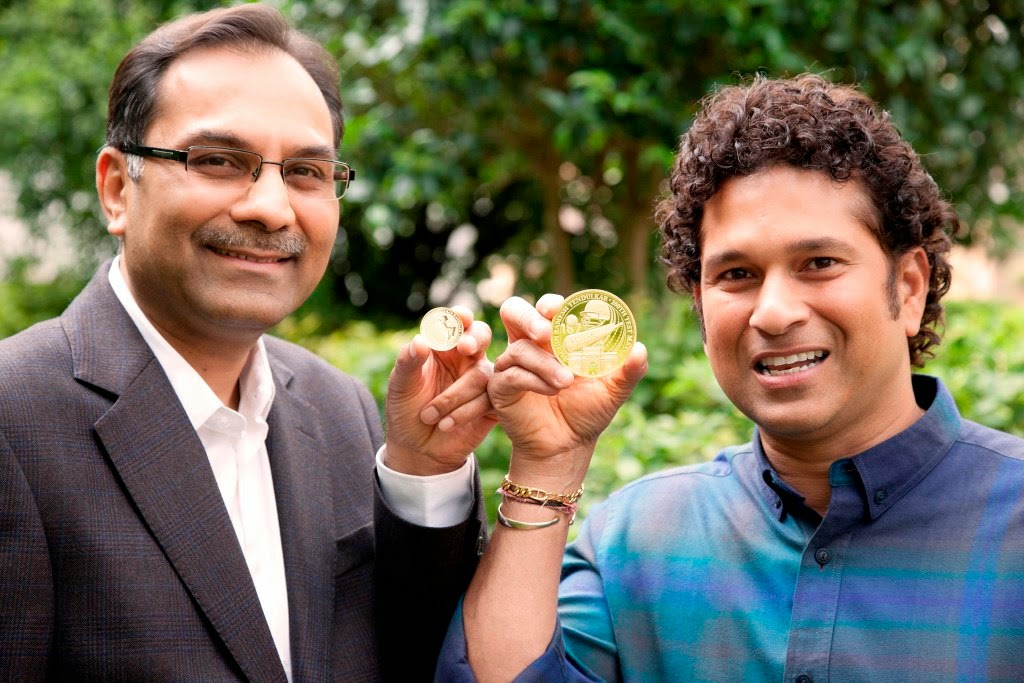 The East India Company announces the issue of a legal tender coin to celebrate the 200th and final Test Game of The World’s Greatest Batsman, Sachin Tendulkar, and with that his remarkable career spanning over two decades.

For almost a quarter of a century, Sachin Tendulkar, the undoubted Global Ambassador of International Cricket, has inspired new talent and supporters alike across the Commonwealth and beyond. He now joins the ranks of ‘Sporting Icons’ such as Mohammed Ali and Nigel Mansell, who are amongst the few who have been honoured with the issue of a legal tender coin.

The issue of a ‘legal tender’ coin is an official mark of distinction and exceptional honour given only to individuals who have accomplished great achievements in human history. Preserved for generations to come, this legal tender coin issue tells a powerful story. A reminder of what can be achieved with unfaltering faith and sheer determination. The coin design has been hand crafted in great detail by one of the world’s most renowned coin designers, Joaquin Jimenez, currently the Chief Engraver at Monnaie de Paris.

The canvas of the coin shows the latitude lines of the globe modelled in cricket stitching to represent the international stage of cricket, which Sachin Tendulkar has undeniably taken to another level. The Gateway of India features to denote Sachin's beloved home town Mumbai where he started and finished his breath-taking career. The star himself and his 200th Test Match milestone are symbolically represented by Sachin's autographed bat, helmet and the number 187 which he wore during his 200th and final Test Match at Wankhede Stadium in Mumbai in November 2013, where he announced his retirement while cheered by thousands of his devoted supporters during an emotional farewell.

This is no ordinary coin. Valued at £12,000 each it has been double-struck in 24 carat gold (9.999 Au) and carefully finished to the highest polishing-standard known in ‘legal-coin’ minting. Only 210 gold coins, each weighing precisely 200g, are being issued to pay tribute to Tendulkar at a global level. Only very few will ever see this coin in the flesh, making them exceptionally rare and precious amongst thousands of fans who yearn to own a piece of the Superstar’s legacy. 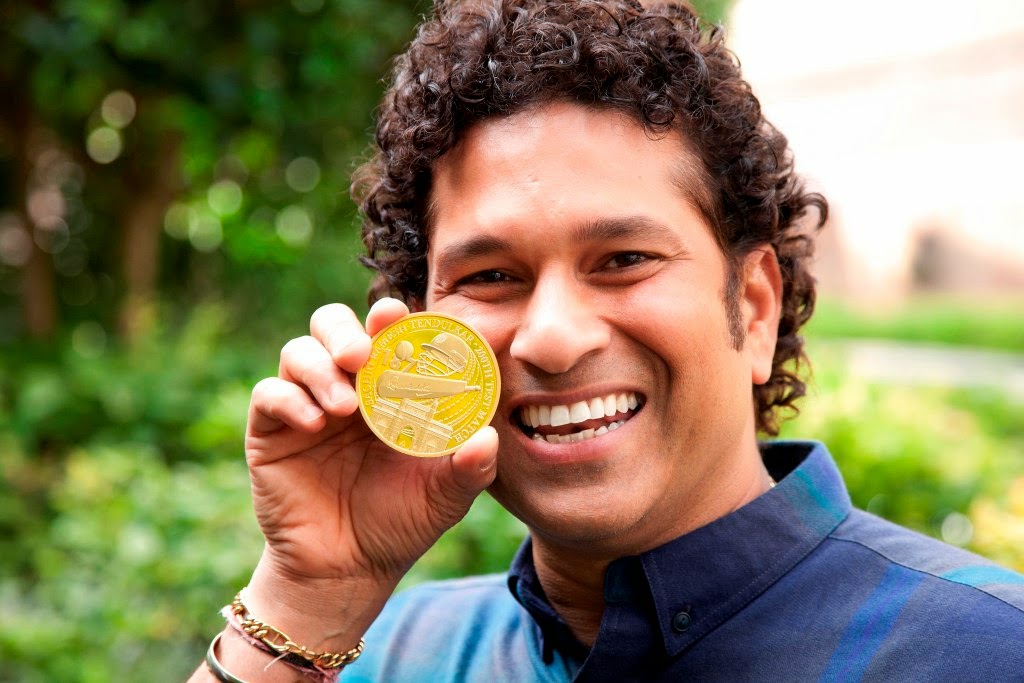 Every single 200g coin issued is a masterpiece in its own right. Exclusively presented in a custom made presentation box the coin is accompanied by an individually numbered and personally signed certificate of authenticity along with an autographed cricket bat by Sachin Tendulkar.

In addition to the 200g gold coin a second coin design has been released for the wider audience to own a timeless piece of memorabilia of ‘The World’s Greatest Batsman’.  The design is artfully crafted and shows a square cut silhouette of the star batting on the world stage of cricket. This second coin design has been issued in 1oz and 1/4oz gold and 1/2oz silver. Both, gold and silver, are part of a strictly ‘Limited Edition’ and are certified with a numbered certificate of authenticity.

Tendulkar, who turned 41 last month and is currently commemorating his year of retirement, has a huge fan base across the globe and is widely acknowledged as the greatest living batsman. He was the first cricketer to score 100 international centuries,  holds the record for more Test runs than any other player  in history (15,837) and more One-Day International (ODI) runs than anyone else (18,426).

Discussing the coin launch, Sachin Tendulkar said: ‘All my life, I have had a dream of playing cricket for India. I am very fortunate to have lived this dream for the last 24 years. I am honoured to be recognised with the issue of these special coins, which have been impressively designed with a lot of thought.’

It is particularly befitting that the coins celebrating India’s greatest cricket champion are being released by The East India Company. It is well documented that the entire history of cricket on the Asian subcontinent and India particularly, is inextricably linked to the development of the British Raj via The East India Company. As the company expanded its influence and trade routes across India it took with it this very British past time, and cricket ‘hot spots’ developed at strategic locations such as Calcutta (Kolkata) and Bombay (Mumbai) that remain today. The first distinct mention of cricket being played anywhere in the sub-continent is an account of English sailors of the East India Company written in 1737.

Sanjiv Mehta, CEO of The East India Company, said of the coin launch: “Historically precious metal formed an important part of The Company’s trading activities. We have been issuing our own gold and silver coins for centuries and began to do so again in 2010. EIC originally introduced Cricket to the Commonwealth, then the British Empire, and it made immense sense for us to issue a coin for this special occasion. We feel honoured to have been given the opportunity to pay tribute to one of the Greatest Cricket Players of all time.”

The Sachin Tendulkar ‘Limited Edition’ coins are available to purchase from the East India Company at www.eicgold.com
Posted by Films & TV World at 6:55 PM