Sunny Side Up Season 2 with Chef Chinu & guest Esha Deol 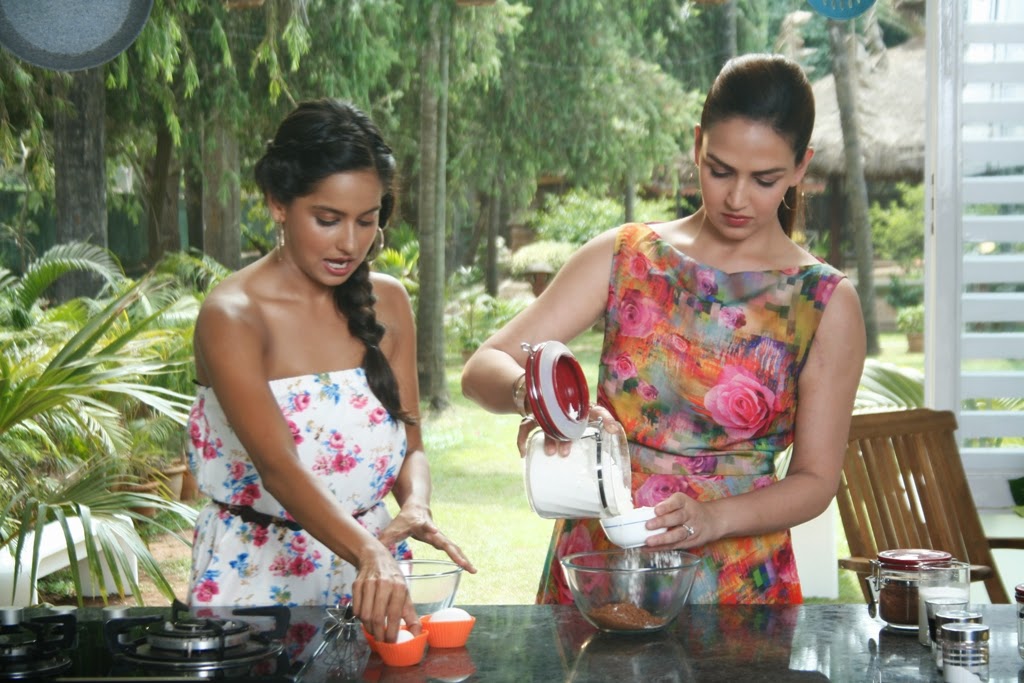 The beautiful Esha Deol makes a special apprearence on the culinary show, Sunny Side Up on FOODFOOD,hosted by celebrity Chef Shilarna Vaze (Chef Chinu). Here Esha is all set to  share one of her recipes with the viewers

Sharing food with another human being is an intimate act that should be engaged in lightly…and that’s what celebrity Chef Shilarna Vaze (nee Chinu), a young and dynamic chef, did when she decided to change gears! With a degree in Political Science, her calling however was food. She decided to enroll at the prestigious Diploma de Cuisine course at Le Cordon Bleu, Paris, one of the top-ranking culinary institutes in the world. She is back to share her great culinary learnings.

A traveler, blogger and eco-food connoisseur, Chef Chinu, brings a fusion of recipes that break all the rules of the kitchen, push all the boundaries of flavor, and stimulate your palate like never before, in the popular show Sunny Side Up, from Monday June 16, at 8.00 pm, on FOODFOOD. What's more interesting is,  as a special guest, she invites her buddy, beautiful actress Esha Deol (Chinu worked in Esha’s first film Na Tum Jano Na Hum), who shares some little known secrets  about her culinary skills, her mom Hema Malini’s favorite recipe, her husband Bharat being a foodie cravings  and more… in Chinu’s food haven full of good food and great conversation. With a bit of music, art and humor thrown in, this show will be the perfect formula to relax while you eat!

Chef Chinu, who settled in Goa, worked for some of its finest kitchens - A Reverie and Sublime. While waiting to open a restaurant of her own, Chinu started a successful sushi delivery service, Ninja Sushi that further boosted her reputation as one of India's most adored chefs.

As the host of the popular show, Sunny Side Up, she helps you stay energetic with a heady mix of sugar n spice and dollops of happiness, sprinkled with expert tips … all served fresh, on a smoking hot platter!


Stay tuned to Chef Chinu’s Kitchen Rhapsody in Sunny Side Up starting Monday June 16, at 8.00 pm, only on FOODFOOD.
Posted by Films & TV World at 5:34 PM