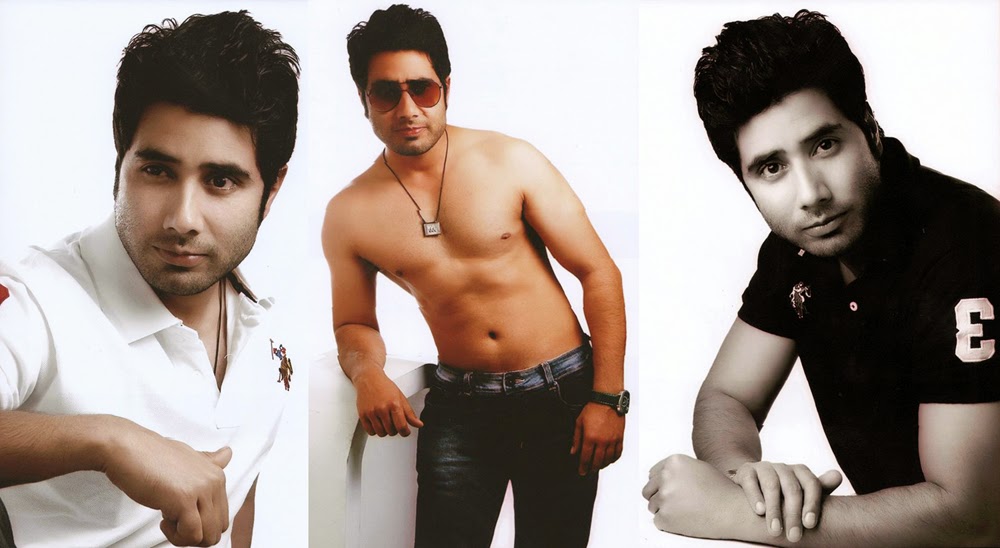 An independent man for whom the word freedom is sacred, Firdous Khan is a lover of life and acting is an inborn trait with him. Basically from Kashmir’s Anatnag dsitrict, he completed his graduation from Kashmir University and for last several years staying in Jammu. Speaking about his interest in acting, Firdous says, “I was fond of acting right from the time I started understanding the art and craft. And with time and age it kept growing.” While, normally after graduation, all start hunting for a good job to further their prospects, Firdous pursued the art of acting relentlessly as his heart was in acting. He credits whatever he is today to his wonderful parents who are supportive of his choice of career and urge him to pursue his dreams.

After completing his acting course, Firdous joined Natrang Theater group in Jammu namely where renowned director Balvant Thakur took him in his fold to hone his acting skills. It was here at Natrang that he got a chance to prove his mettle majorly as a lead in the field of acting. Some of his plays include ‘Choona Hai Aasman’, ‘Girgitt’, ‘Jaloos’, Shakespeare’s ‘Romio and Juliet’, ‘Mantazar’ and many more. But like many others who aspire for a launch in a big budget feature film, Firdous is starting his career with a short film and not a feature or a serial. When probed he retaliates saying, “I like to differ here… I am basically an actor and I don’t want to differentiate between a short film, a feature film or a serial. I always feel that if there are creative opportunities in different mediums - whether it is cinema, television, stage - one should attempt them. And short films are a part of cinema very much. In fact, short films are a strong medium to express one's feelings. It not only addresses the problems of the common people and the society, but also provides a platform to speak your heart out which is at many times not possible in main stream cinema.” 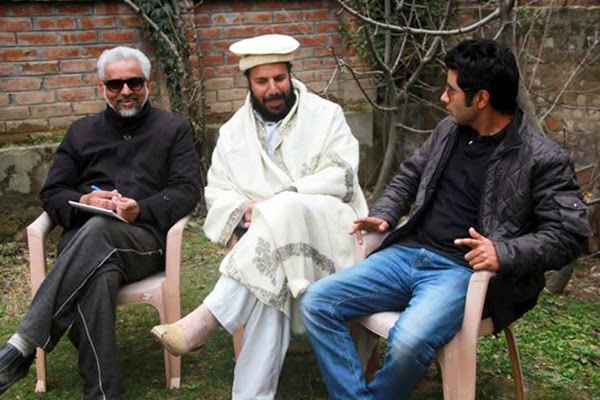 Firdous adds, "When this opportunity came, I just took a wild jump. Everyone guided me against it saying you wont get roles in main stream cinema. But I heard the story line and wanted to be a part of it. And I am happy as shooting with the team was a moment of great excitement and good memories. It was here that I also had the pleasure of meeting singer Umer Khan - the winner of Mile Sur Season 2. From him, I learnt what humility is all about. Even after being a celebrity, I found him so grounded and carry him with ease. His humility has touched me a lot. The others include Sandesh Gour, Azaad Shah, Said Ishtiaq, Fatima, Jahan Zeb and Adil Pala who are also from the valley." 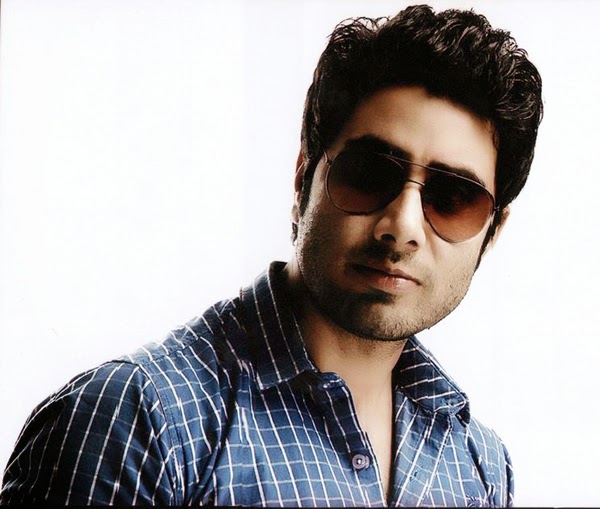 Speaking about his experience of doing this film, Firdous says that the USP of the film is its narration. “The film has shaped brilliantly and shows a different picture of the valley. What I liked most about the story is that it does not touch the oft used themes in a short film - the problems of Kashmiri Pandits or on terrorism. It’s a plain simple love story with a social message at its core. Also we have shot at places that are sparingly used even in movies. The cast and crew were extremely good to work. Except for Sandesh Gour who came from Mumbai, the rest of the cast were from the valley including a Kashmiri female actor in the lead roles. My scenes were either with Sandesh or with Azaad Shah sir and never for once did they make me feel like a new comer,” he candidly confessed.

Apart from his love for acting, he adds he is an adventurist who is well-equipped with swift reactions, curiosity and tremendous adaptability to merge with his surroundings. A very likeable character, probably due to his passionate and enthusiastic nature, his finer qualities include dynamism, a sense of initiative, sociability, an easy-going manner and a sharp and agile mind. “This is what must have helped him grow as an actor and he comes across as a complete director’s actor. Though Muafinaama is his first brush with acting on screen, he comes across as more versatile and did full justice to the role given,” says Mohan Das who has given him his first break with Muafinaama - a short film that deals with the message to end discrimination against girl child.

Speaking about his director Mohan Das, Firdous is quick to add: “I have tremendously benefitted working with a high-profile director like him. He infuses a lot of confidence in his actors with his experience, shaping and guiding and extracting the best." Muafinaama is inspired from the numerous child abandonment cases in Kashmir last year. “It tries to portray the repentance of a man amidst various social and political uncertainties. The movie is about a guy Ranvir who falls in love with Muskaan and struggles to get her. I am playing Muskaan’s big bad brother who doesn’t like Ranvir’s growing fondness for her. However, the film also holds a parallel story line about the increasing menace of child abandonment in Kashmir especially of girl child and looks at dilemmas and repentance of the protagonist after he fails to save the abandoned child,” added Firdous. 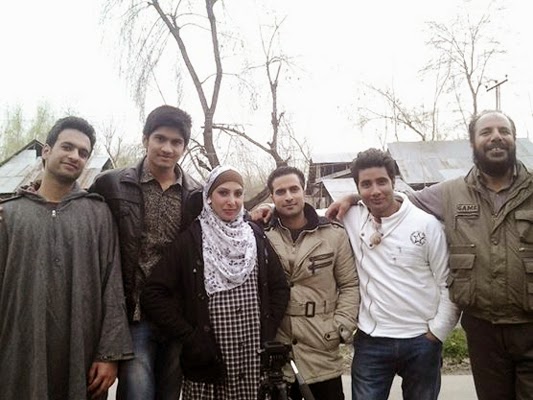 A soft hearted humanist, Firdous likes to make himself useful to his family and society. He is actually a sensitive soul whose intuitive abilities are finely tuned; which combined with his other qualities make him a pleasant sort of chap. By the same token, he also enjoys participating in group and social activities with others that share his ideology and principles. Though his social life holds importance, but acting is of central importance and he can go to any heights to give an edge to his character. Speaking about his acting style, Firdous smiles and says, “I don’t have a Firdous trait - I am rather a keen observant. But at the same time, I am a masala mix actor. I take some things from reality and merge it with acting styles seen in films from here and there and everywhere. And try to shape my character accordingly. But the best comes when I am able to give what my director wants.”

Ask Firdous who he dreams of working with and why? The answer comes promptly “Salman Bhai. Not only because I am a huge Salman Khan fan, but because everything about him is damn fascinating! His charisma is unparalleled - Not because he is a good actor but more so because he is a good human being. I would love to work with him someday and learn a few things in acting from him.” Firdous’s free time is spent reading, travelling and experimenting with acting. Basically a very simple and down to earth person, he firmly believes in playing the odds. The way he sees it, all life´s experiences are interesting - whoever the people may be, whatever the places or circumstances. However he would be wise to remember that life is not a game! 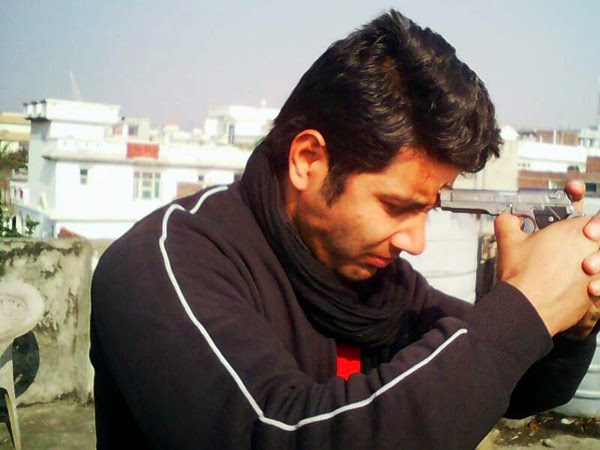 Speaking about his upcoming projects, he says; “I have been in talks with some production houses and very soon might be doing a project where you will get to see me in a full fledged role on the big screen. Even Mohan sir is happy with me and has promised to take me in his “Kuch Alagsa” that binds five short stories into one feature film. Also there are few other projects but it’s too earlier to say anything.” When asked if he thinks audiences will like short stories clubbed into a feature and he just pours his heart out. “Frankly speaking, the concept of incorporating different short stories on various subjects is an interesting idea. It does provoke varied reactions in the minds of the audience. I personally feel it’s like reading a short story book and turning pages after pages and experiencing diverse emotions. Hence shall definitely be looking forward to work in it,” confesses Firdous.

Though a huge Salman Khan fan, Firdous wants to be known as a good actor and concludes, “As an actor, I don’t want to get stereo-typed. I want to do a variety of roles - a real challenging role - something that has not been done earlier by other actors. I have not thought about it but I hope there are some directors who can think about it. If they feel this is something I should be doing, I just want to take the plunge ahead and do it.