HUM LOG to come back as HUM on DD 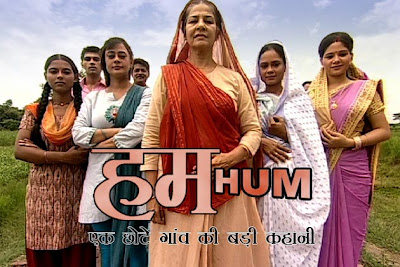 Remember "Hum Log" India's very first soap opera that revolutionized the genre of TV soaps in India with Ashok Kumar doing a “Chan Pakaiya, Chan Pakaiya” at the end of each episode? Yes, the legendary Hum Log which made its debut on Doordarshan Darshan (DD) in July 1984 is all set to make a comeback this time in a new avatar called HUM from this independence day after a cool 25 years.
It seems that DD that has lost all its viewership to satellite channels is all set to woo the janta at a time when majority of its audiences have shifted onto gloss and glitz of the satellite channels with its 25 years purana show. Yeah, DD is set to do a remake of their once very popular serial “Hum Log” which revolved around the struggles and aspirations of an Indian middle class Haryanvi family of Basesar Ram. This was also the show that gave you Vindo Nagpal, Rajesh Puri, Seema Bhargava, Abhinav Chaturvedi Aka 'Nanhe' and a host of stars that included Divya Seth, Sushma Seth, Kamia Malhotra and others.
The wheels to bring back Hum Log were put into motion a little over year back, when a question was put up in Parliament to the Information & Broadcasting Minister as to why Doordarshan could not recreate the magic of Hum Log in an attempt to bring back their loyal audiences. All decided, its producer Shobha Doctor was summoned to the Director General's office in Mandi House and a year after that meeting, she came up with the story of HUM.
However, this time around, Shobha is not producing this new show, but will only mentor it. Pulse Media, which has made award-winning documentaries, was handpicked by her to produce her new baby. However, with a twist to the original masterpiece that showed an Indian middle class Haryanvi family, this new show focuses on the trial and tribulations of five women in a village in North Bihar. It is a story about five village women and how, due to socio-economic and political circumstances, they end up meeting at one point. How they bring about a total change in the village is what the show is all about. It deals with women's rights.
The new show that stars Suhasini Muley, Himani Shivpuri, Anjan Shrivastav, Harsh Chaya, Sadiya Siddiqui, Mona Wasu and Vineet Kumar, was almost entirely shot in outdoor locations in Bihar in a village near Sitamarhi. And like the original in which Ashok Kumar played the Sutradar, Sushma Seth will be the new sutradhar in Hum and will discuss the ongoing situation at the end of each episode. This biweekly show will be aired Friday-Saturday on Doordarshan from August 15 onwards.
However, the serial became an instant hit among both rural and urban viewers those days as they dint have to compete with the gloss, glitz and star material of the satellite channels in those times. Whether DD will be able to bring back the same high rated viewership in these times is another story altogether.
Posted by Films & TV World at 11:11 AM