In addition to the stellar lineup of over 200 movies set to be screened at the city’s most eagerly awaited cultural event, the 14th Mumbai Film Festival, presented by Reliance Entertainment and American Express and organized by the Mumbai Academy of Moving Image, promises to offer attendees with an opportunity to be audience to panel discussions and participate in workshops conducted at the National Centre for the Performing Arts (NCPA) by cinematic luminaries from around the globe.

The most enthusiastically anticipated workshop at the festival is the two-day Pitching Screenwriting and Script Development Masterclass which will commence on Wednesday, 17th October, 2012 with a panel discussion on pitching. Participants will benefit from invaluable inputs on the subject provided by Claire Dobbin, script consultant and chair of the Melbourne International Film Festival, renowned scriptwriter David Maggee and special guests such as successful Indian film producers Madhu Mantena (Ghajini) and Guneet Monga (Gangs of Wasseypur) as well as illustrious Indian film director  Dev Benegal. This session will be followed by a seminar on How to Approach the Rewrite by Claire Dobbin.

The subsequent session on Thursday, 18th October, 2012  will begin with a presentation by David Maggee, scriptwriter of films such as Life of Pi and Miss Pettigrew Lives for a Day about his masterpiece Finding Neverland followed by a dissection of the developmental process of the film. The workshop will conclude with an illuminating seminar with Claire Dobbin and celebrated Australian film producer Robyn Kershaw on how to pitch in a way that turns a no to yes, an integral part of filmmaking and knowledge that is imperative for aspiring filmmakers in Final Pitches. The sessions on both days are scheduled at the K. R. Cama Institute, Opp. Lions Gate, Fort, between 10 am & 5 pm.

Science fiction movie buffs attending the festival on Saturday, 20th October, 2012 will be ecstatic about the 2 - 3 pm segment featuring an open forum discussion between Gary Kurtz, legendary producer of epic Hollywood films such as Star Wars and The Steal and Anubhav Sinha, acclaimed Indian director of 2011 science fiction superhero blockbuster Ra.One, about the similarities and differences in execution from Eastern and Western points of view in the making of science fiction films.

This edition of the Mumbai Film Festival will also witness the country’s first open forum Panel Discussion on the current state of film preservation and the challenges facing archives in future world of diminishing financial resources and rapidly evolving technologies between 1 & 2.30 pm on Sunday, 21st October, 2012. The session will involve eminent guests representing World Cinema Foundation, Film Foundation, Twentieth Century Fox Archives and Academy Film Archive of the Academy of Motion Picture Arts and Sciences as well as other highly distinguished members of the international cinematic fraternity. The session will be moderated by Ian Birnie, US Representative at the Mumbai Film Festival and Director of the Film Department at the Los Angeles County Museum.

Other workshops at the festival include the Masterclass in "Concept to Script to Film Production" conducted on Sunday, 21st October, 2012 between 3 & 5 pm by ace Filipino film director Brillante Mendoza and moderated by respected German film critic Daniel Kothenschulte, who will also groom the collegians selected for ‘Mumbai Young Critics’ in another segment. 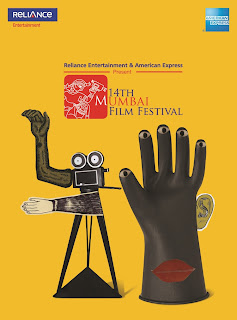 A special segment organised by WIFT (Women in Film & Television) will see veteran actor Jaya Bachchan conduct a Masterclass in Acting on Monday, 22nd October between 3 & 5 pm. The Masterclass in Creative Production will be conducted by Gary Kurtz between 3 & 5 pm on Wednesday, 24th October, 2012 and moderated by seasoned film producer Julian Alcantara who will also moderate the Masterclass in Direction conducted by noted director Andy Tennant of ‘Fool’s Gold’, ‘Hitch’ and ‘Anna and the King’ fame on Thursday, 25th October, 2012 between 2 & 4 pm.