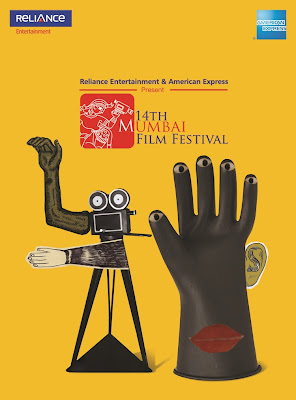 The city’s most eagerly awaited cultural event, the 14th Mumbai Film Festival, presented by Reliance Entertainment and American Express and organized by the Mumbai Academy of Moving Image, continues its tradition of offering talented filmmakers with a platform to showcase their talent. In its latest endeavor to support and promote skilled filmmakers, the festival has announced a unique accolade, the Reliance Media Works CreaTech (Creativity & Technology) Award, in its most recently introduced competition category the India Gold 2012 segment.

Introduced as an initiative to recognize & encourage individuals/directors/production houses that have applied futuristic/innovative technology and creativity to convert their visualizations into reality with excellence within competitive budgetary frameworks, the recipient of this award will receive a special voucher which will entitle him/her to experience and utilize the resources Reliance Media Works service solutions such as shooting studios, camera setup & lighting equipments, Digital Labs, mastering studios, promos editing labs, TV commercials, film restoration facilities, conversion, or VFX or any other services as offered by RMWL for a value up to Rs.1 lakh, within a period of 1 year, i.e. until October 2013.

Films for this section are invited by the chairman of MAMI Mr. Shyam Benegal and aim to feature the best crop of the Indian films produced in India and provide them a with platform for promotion internationally. The 14th edition of the Mumbai Film Festival promises to screen a stellar lineup of over between the 18th – 25th October, 2012 at National Centre for the Performing Arts (NCPA) & Inox, Nariman Point, Liberty Cinemas, Marine Lines as the main festival venues and Cinemax, Andheri and Cinemax Sion as the satellite venues.