"Silver Linings Playbook" is Opening Film at Mumbai Film Festival (MAMI) : Anupam Kher to present the film at the opening 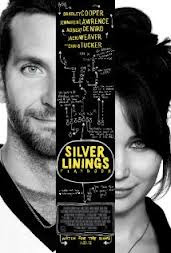 With its world premiere at the 2012 Toronto International Film Festival the film won the People’s Choice Award for the Best Narrative Feature. The film’s screening at the 14th Mumbai Film Festival will mark its Asia premiere with cinematic stalwart Anupam Kher’s presenting the movie at the opening function.

Commenting on this, Festival Director, Srinivasan Narayanan says, "At the Mumbai Film Festival, we have always striven to get the best movie for our patrons. This year’s Opening Film David O. Russell's ‘Silver Linings Playbook’ validates our constant drive. It is an honor that Mr. Anupam Kher will be presenting the film at the opening."

Actor Anupam Kher who plays a pivotal role in this film says, "On behalf of Weinstein Co. my Producers, Director David Russell, Robert De Niro, Bradley Cooper, Jeniffer Lawrence, Chris Tucker and other cast & crew I feel honored to present Silver Linings Playbook, as the opening film of prestigious 14th Mumbai Film Festival. As an actor it is a dream come true to be part of this brilliant and heart warming film. A great moment of joy and pride for me."

Directed and written by the beloved director of "Three Kings", "I Heart Huckabee,", and "The Fighter", this film revolves around the life of Pat Solatano who has lost everything - his house, his job, and his wife. He now finds himself living back with his mother and father after spending eight months in a state institution on a plea bargain. Pat is determined to rebuild his life, remain positive and reunite with his wife, despite the challenging circumstances of their separation. All Pat's parents want is for him to get back on his feet - and to share their family's obsession with the Philadelphia Eagles football team. When Pat meets Tiffany, a mysterious girl with problems of her own, things get complicated. Tiffany offers to help Pat reconnect with his wife, but only if he'll do something very important for her in return. As their deal plays out, an unexpected bond begins to form between them, and silver linings appear in both of their lives. 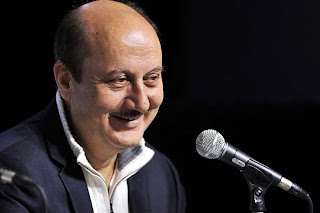 The riveting on-screen chemistry between Cooper and Lawrence has received rave reviews. India’s own veteran actor Anupam Kher has been appreciated for his clever performance as Pat’s therapist, who’s also a passionate Eagles fan. And Chris Tucker drops in now and then as a nutty pal from the clinic, who seems quite comfortable with his tics.

The festival promises to feature a lineup of over 200 movies with special event segments dedicated to French, Italian, Afghan and Indian cinema as well as silent films accompanied by a live orchestra. The 14th edition of the Mumbai Film Festival will be held from the 18th – 25th October, 2012 at National Centre for the Performing Arts (NCPA) & Inox, Nariman Point, Liberty Cinemas, Marine Lines as the main festival venues and Cinemax, Andheri and Cinemax Sion as the satellite venues.