Virat Kohli is one of my favourite batsmen: Cricket fan Hugh Grant 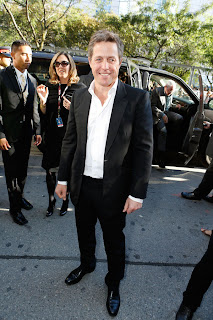 British actor and cricket fan Hugh Grant has recently revealed that he is amongst the millions of fans to be captivated by the young and dynamic Virat Kohli. The Hollywood star who has portrayed multiple roles in his upcoming movie ‘Cloud Atlas’, himself has played quite a few celebrity cricket matches for charity earlier in the day. Talking about Virat Kohli he commented, “Virat is one of my favourite batsmen from this new generation of cricketers. He is a treat to watch on field.” Although Hugh Grant mentions that he is a profound cricket fan, he also revealed that he does not like the Twenty20 format of the game. He prefers the ‘civilised’ test version of the sport, in spite of the fact that his home country England is the reigning world Twenty20 champion.

‘Cloud Atlas’, Hugh Grant’s new movie also stars Tom Hanks and Halle Berry in major roles. It has been directed by the renowned Wachowskis - Lana Wachowski and Andy Wachowski of The Matrix trilogy fame along with Tom Tykwer (Run Lola Run). Cloud Atlas is an epic tale of humankind in which the actions and consequences of everyone’s lives impact one another throughout the past, present and future. The movie releases in India on October 26.
Posted by Films & TV World at 11:05 AM