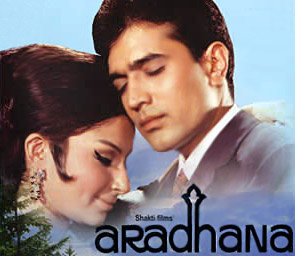 The forthcoming edition of the city’s most eagerly awaited cultural event, the 14th Mumbai Film Festival, presented by Reliance Entertainment and American Express and organized by the Mumbai Academy of Moving Image, is poised to pay homage to Indian cinema’s first “Superstar”, Hindi film legend Rajesh Khanna by dedicating a special segment to screen one of the late star’s most memorable films Aradhana.

Directed by Shakti Samanta in 1969, the film featured Rajesh Khanna paired against Sharmila Tagore. The film’s screening is scheduled to be held Godrej theatre at NCPA on on 21st October at 1.15 p.m.Apart from Rajesh Khanna, the festival is also paying homage to Dara Singh by screening his movie Samson directed by Nanabhai Bhatt and to A K Hangal by screening his movie Dattak directed by Gul Bahar Singh. Both will be screened at the Godrej theatre on 23rdOctober at 1.15 p.m. and on 20th October at 4.00 pm respectively.

The stellar lineup of over 230 films from around the world constitutes a mélange of classic and contemporary cinema with special segments dedicated to French, Italian and Afghan cinema. The festival will also host a special event segment to mark the centenary year of Indian cinema by screening a handpicked list of silent films accompanied by melodies from a live orchestra. The festival also endeavors to serve as a platform to showcase the works of young, talented and progressive filmmakers.