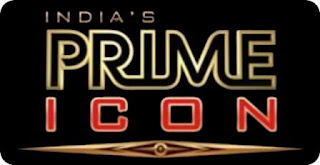 BIG CBS Prime, part of India’s No. 1 English Entertainment Network BIG CBS Networks, will premier on Indian television on October 12, 2012 and will air each Friday and Saturday night at 9:30pm. Twenty names from the most talked about and iconic personalities of India have been shortlisted as the Top 20 contenders for the privileged title of India’s Prime Icon. The show will be dual cast on BIG CBS Prime and Bloomberg and has as partners Seagram’s 100 Pipers, as the presenting sponsors for the show while MTS, one of the leading telecom brands in India have come on board as the associate sponsors.

The show will chronicle the lives of some of India’s biggest names spanning various fields and professions and takes you up-close and personal with an exclusive look into the lives of these eminent personalities. The contenders for India’s Prime Icon include names like Amitabh Bachchan, Sachin Tendulkar, Shahrukh Khan and Aamir Khan amongst others. Also on the show to provide their expert views will be an esteemed panel of opinion leaders which include Indian lyricist and screenwriter Prasoon Joshi, noted ad man Suhel Seth and celebrated columnist Malvika Sangghvi. The trio will feature on the show as Opinion Leaders to help the viewers select India’s Prime Icon.

Prasoon made his debut as film lyricist with Rajkumar Santoshi's Lajja, and this soon led to other films like Rang De Basanti and Taare Zameen Par. Prasoon’s association with some of the biggest names from the Indian film industry will see him offering a plethora of information about our favorite icons. Adman, actor, lobbyist, news TV pundit, marketing guru, Suhel Seth is all that and much more. Outspoken and highly opinionated his opinions are frank and honest and his upfront demeanor ensures an unbiased view. A columnist for numerous Indian newspapers, Malvika Sangghvi was once described by The New York Times as ‘a chronicler for social mores’. Malvika began her career in 1978 and went on to become a part of the founding team that launched one of Mumbai’s leading publications.

The background and knowledge of these imminent personalities have made people sit up and take notice of them. And now this remarkable trio will come together on India’s Prime Icon to help audiences select their most cherished idol.

Speaking of the show, Anand Chakravarthy, Business Head, BIG CBS Networks said, “India’s boasts of some of the most inspirational personalities who are considered role models to many. Apart from bringing India the best international content, BIG CBS Prime has constantly been bringing quality home grown shows like India’s Prime Icon, India’s Sexiest Bachelor and more, which have resonated excellently with audiences. India’s Prime Icon is an innovative concept, which has not been explored in the past and has been designed to offer a unique opportunity for Indian viewers to connect with their favourite idols.”

With the crème de la crème of the Indian political, film and sporting worlds on the contenders list vying for the coveted title, India’s Prime Icon will surely be an engaging watch.