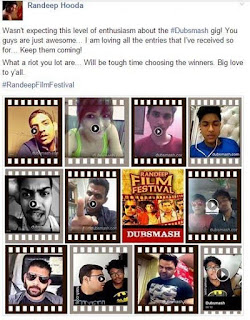 Randeep curated his special films like ‘Kick’, ‘Rang Rasiya’, ‘Once Upon a Time in Mumbai’ & “Saheb, Biwi Aur Ghulam’ on his Twitter & Facebook accounts. He also shared trivia from behind the scenes & details of the making of these films. He also spoke of the turning points some of these roles have brought to his career as an actor. As Randeep himself shared these details, fans lapped them up enthusiastically. 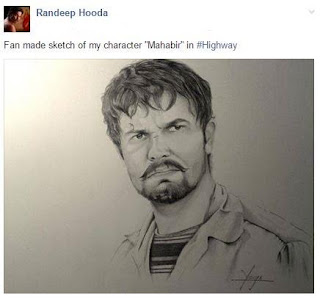 The most interesting part has been the personal connect that Randeep has developed with fans. He announced a contest for fans to Dubsmash to a dialogue from his films. With a special prize & a certificate from the actor just for participation, his social media accounts were simply flooded with participants. Each week one winner is chosen who gets gratified from Randeep. With as many as 300 dubsmashing already, this Randeep Hooda fever has caught on. Randeep also shares fan made art on his accounts, taking their labor of love for everyone to see!

Given his ability to innovate onscreen, his social media innovation, a first time for anyone in Bollywood might just start a new trend in  the manner in which stars connect with their fans.