As fake as the ‘Collar Bomb’ 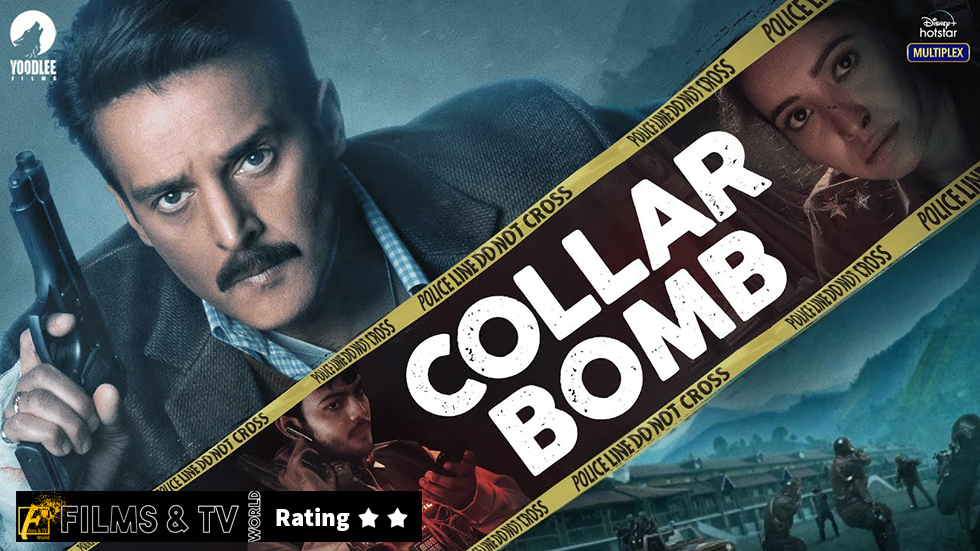 This half-baked crime drama, written by Nikhil Nair takes place in a small town Sanawar in Himachal Pradesh where a suicide bomber holds a school full of children hostage. The key to saving their lives now lies with a celebrated cop Manoj Hesi (Jimmy Sheirgill) who is caught in the situation with his son. This star cop has an immoral past and in order to not let his old secrets come tumbling out as well save the lives of some 50 students who are taken in as hostages, he has to complete three tasks in a given time. Will he be able to catch the mastermind and save lives forms the crux of the story.

Unfortunately, this crime drama with a combination of action, mystery and emotions could not pack enough twists and turns to keep the viewers on the edge of their seats. Poor screenplay, laden with illogical scenes shows the scriptwriter's lack of originality and creativity who couldn't join the dots and make it interesting. The writing is not only regressive but has many loopholes. The biggest disappointment of the film arrives when it ends. The climax has a twist, but it looks downright silly as it ends on a very irrelevant note. Perhaps both the writer and the director couldn’t think of a better and logical ending.

Coming to acting, the least said the better. Jimmy Sheirgill with his blank expressions doesn’t suit the role of an SHO who is in a race against time to complete the tasks given to him. He seems to have all the time in the world with the slightest tension on his face in this intense crime-thriller. While Asha Negi playing the no-nonsense cop (Sumitra Joshi) was impressive, Rajshri Deshpande as the mother failed to impress. However, Vidushi Mehra (Sarah Fernandes) and Ajit Singh Palawat (Ratan Negi) have given decent performances. But the worst performance was given by Ajay Purkar as Commander Bhaskar Chandra who believed being loud, hamming and overacting sums up the role of a commander in chief.

Not only Dnyanesh Zoting's direction is pathetic, but he is so heavily influenced with ‘Pan's Labyrinth’ that he not only tried to weave the three tasks in its plotline but also the scenes in the underground labyrinth with Jimmy Sheirgill and Rajshri Deshpande, are a blatant reproduction. Instead of blindly following the pattern of the mentioned films, a better screenplay and a more gripping plot coupled with good performances would have made wonders to this film. The only thing that you would love is the pristine locations and some awesome aerial cinematography of the road journey by Jitan Harmit Singh that are soothing in this otherwise insipid crime drama.