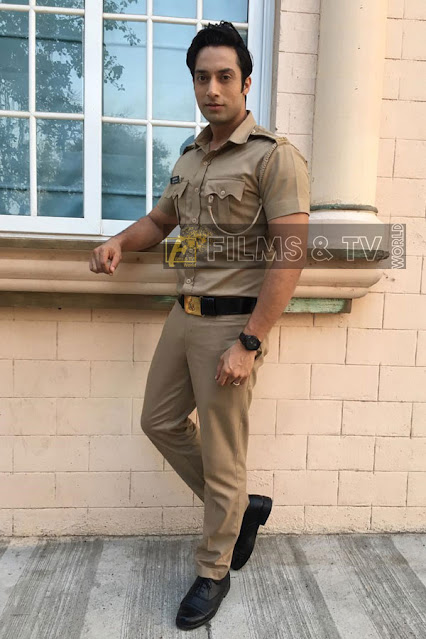 Sony SAB‘s Maddam Sir with the principle of Policing with Heart is loved by the audience and the entry of Salman Shaikh as Rajbir Tomar has taken the entertainment quotient up a notch with a remarkable comic-timing. His on-screen chemistry with Karishma Singh (Yukti Kapoor) has kept the viewers hooked to their television screens. In a candid conversation, Salman Shaikh spoke about how his father has inspired and motivated him to become successful as an actor.

Salman Shaikh, talking about his interest in becoming an artist said, “My father has always wanted me to become a doctor, but when I told him about my interest and passion of becoming an artist, he understood my emotions for the same and paved the way for acting. Though I was very nervous about acting, my father encouraged me to try my hands on it. During my early days, I started going to a theatre in Jaipur named Rang Manch and whatever I am today, I owe it to that place. I started my acting workshop and gained confidence about my acting skills through it.”

Sharing his love for dance, Salman said, “When I was a child, I was enthusiastic about dancing, and my go-to song used to be Ek Pal Ka Jeena from Kaho Na Pyaar Hai. This song means a lot to me and Hrithik Roshan has been my inspiration for dance since childhood. His love, passion, and dedication towards dance have made me work harder and ace as a dancer.”

He further added, “Wherever I stand today in the television industry, my father plays a very important role. He has always taught me not to be over-confident and stay grounded. His expectations from me are a lot more and he keeps telling me to improve myself every day and do better as an artist. My parents have always appreciated my work and they love watching me as Rajbir Tomar in Sony SAB’s Maddam Sir. Their blessings mean a lot to me and are a driving force to keep improving and better my skills.”