Surekha Sikri passes away at 75: She was a treat to watch quoted Mohan Das of Eon Films 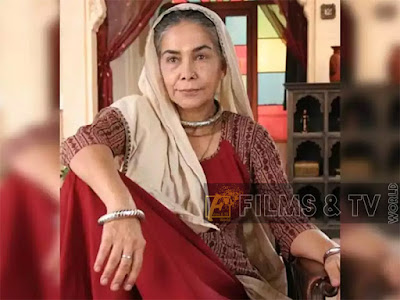 Surekha Sikri passed away at the age of 75 due to a cardiac arrest today, Friday 16th. She was last seen in the Netflix anthology Ghost Stories where she played a bed-ridden patient who is lost in her world. Starred alongside Janhvi Kapoor in the Zoya Akhtar directorial, Sikri started her career with the controversial Kissa Kursi Ka whose reels were destroyed during the emergency.

While Gulshan Grover tweeted “RIP Surekha ji #SurekhaSikri ! Had the great fortune of working and learning from you so much in my Theatre days and then watching your superb performances!” Parambrata Chatterjee mentioned “You’ll be remembered as one of our finest…” on Twitter. Same time Deputy Chief Minister of Delhi, Manish Sisodia mourned her demise and wrote, “Few actors are as versatile & accomplished as Surekha Sikri ji. She was an institution. Young actors must watch her work. RIP.”

Mourning the demise of Surekha Sikri, Anupam Kher shared, “Deeply saddened to know about the sad demise of my senior in #NSD (National School of Drama) and an actress par excellence. She was the queen of theatre in Delhi! Watching her perform in the play #LookBackInAnger was an experience I will never forget. Thank you. Folded hands #OmShanti.”

A complete boho, a chiller and young at heart, Gajraj Rao shared a few behind the scenes photos from the sets of Badhaai Ho and wrote, “Making a film is like travelling in a train, where the journey is a destination in itself. You meet all kinds of co-passengers here. Some open up their tiffins and hearts to you, while some guard their luggage and eye you with suspicion. Badhaai Ho will always be that special train journey which brought me to a new station in life, and I'm truly thankful that we had someone like Surekha ji as the emotional anchor of this ship. She was definitely the youngest at heart on the sets, and had no airs about her stature or endless experience as an actress. Her craft was defined by her years of homework and 'riyaaz' as an actress, combined with a child-like enthusiasm. As all journeys must end eventually, we bid goodbye to Surekha ji today. Thank you, Surekha ji, for all the wisdom and memories you have left us with.”

She never differentiated theatre, films or television. Even when actress were wondering to do TV or not, she went on to do Banegi apni Baat an Indian television drama series that aired on Zee TV from 1993 till 1997. The series was produced by Tony Singh and Deeya Singh which catapulted them to fame in no time. However, it was her performance as ‘Dadisa’ in Balika Vadhu that made her a household name amongst the masses. She played the matriarch named Kalyani Devi who rules with an iron fist but gradually softens up towards the protagonist Anandi. Same time, her 2018 film “Badhaai Ho”, for which she also won a National Award, had fans applauding her time on the screen. The Amit Sharma film had her playing the role of a woman who comes from an orthodox background but is ready to embrace the new world. “She was a treat to watch…” quoted Mohan Das of Eon Films mourning the loss of Surekha Sikri.