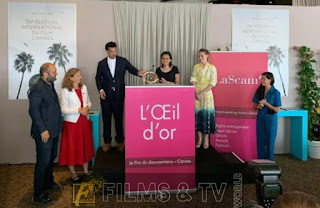 Payal Kapadia has won the Oeil d’or (Golden Eye) award for Best Documentary at the 74th Cannes Film Festival for her film, A Night of Knowing Nothing. Prior to this, The Cinema Travellers, directed by Shirley Abraham and Amit Madheshiya, earned an Oeil d’or Special Mention way back in 2016.

Kapadia’s A Night of Knowing Nothing featured in the Directors’ Fortnight - a section that runs parallel to the festival. Her’s is one of three South Asian features selected at the ongoing Cannes Film Festival, along with Abdullah Mohammad Saad’s Rehana Maryam Noor (Bangladesh, in the Un Certain Regard section) and Rahul Jain’s Invisible Demons (in Cinema for the Climate), the last two being in official selection. This is Kapadia’s second outing at Cannes, after her short Afternoon Clouds, made as an FTII student, was showcased in the festival’s 2017 Cinéfondation section. This was followed by another short, “And What is the Summer Saying” that was premiered at the Berlin Film Festival in 2018. This is the Mumbai-based filmmaker’s first feature that bagged the prestigious prize competing against 28 documentaries presented across various sections of the festival.