One Pill Can Kill – Song For Charlie: A Unique Collaboration with Social Media Companies to alert youth about killer counterfeit pills 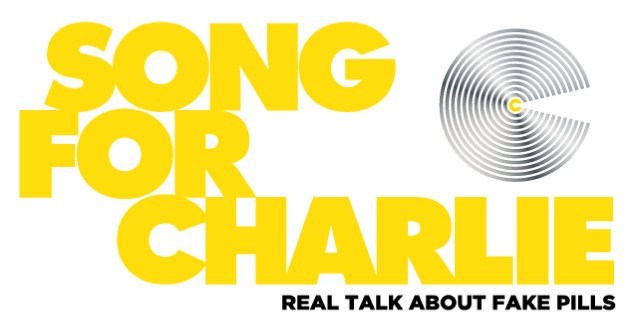 Mary and Ed Ternan, whose  22-year old son Charlie died of fentanyl poisoning after taking a fake prescription pill, today announced their family run non-profit Song For Charlie will launch a national social media awareness campaign to educate young people about the hidden dangers of "Fentapills" (fake prescription pills made of fentanyl sold on the internet).

The initiative entitled, One Pill Can Kill, is the result of a unique collaboration between Song for Charlie and social media platforms featuring original content, digital ads, and PSAs running on Snapchat, Instagram and Facebook. The ads direct viewers to www.songforcharlie.org to take the No Random Pills!  pledge.

“We need to alert the kids – ASAP,” said co-founder Ed Ternan. “That requires cooperation from social media platforms, because the internet is where kids are connecting -- so it has been our strategy to get them actively involved. We need to make social media our allies, not our adversaries.”

Fentanyl, a cheap and powerful opioid, is the primary driver of the dramatic increase in drug deaths over the past year, according to the CDC. It is also the active ingredient in fentapills, which have now been found in all 50 States, with resulting deaths reported in 42 States, according to the nonprofit Partnership for Safe Medicines.

“We are in a race against time,” said co-founder Mary Ternan. “We want to share this critical information, so no parents experience what we've been through. If we can reach the kids directly and give them the facts, we might help them make better decisions and saves some lives.”

"Health promotion and education on this crisis is paramount," said Tim Mackey, PhD, CEO of S-3 Research, a company funded by the National Institutes of Health to develop technology to detect illicit online drug sale activities. "Educating kids and families about the real dangers of fentanyl is just as important as monitoring platforms for drug activity. They go hand in hand. I applaud Ed and Mary for their ability to engage the tech companies in this critical awareness effort."

Bringing Tech to the Table:

Earlier this year, Song for Charlie began working with Snap Inc. to identify ways the tech industry can help combat the growing epidemic and help educate young people about the dangers of fentanyl. Since then, the effort has gained momentum and support from other technology companies including Facebook and Google.org.

The Song for Charlie "One Pill Can Kill" advertising campaign will debut on Snapchat, Instagram and Facebook and a series of ads will run over the next year. The content is targeted to each platform's demographic – e.g., teens, twenty-somethings, and parents/teachers. Snap, Facebook, and Google are contributing digital ad credits and marketing expertise to help amplify the message.

Snap's contribution to this effort is significant as its platform is most widely used by young people, reaching 90 percent of 13-to-24-year-olds in the U.S. -- the same demographic that is frequently victims of fentapills and who are often either experimenting or using pills only occasionally. Starting today, Song for Charlie PSA's will be featured on Snapchat's Discover content platform.

To extend the reach of this new campaign, Snap worked with Song for Charlie to develop a new Augmented Reality lens that shows a variety of facts on the dangers of fentanyl and links to additional resources. In addition, Snap will also run a special episode of its award-winning news show, Good Luck America (GLA), devoted to the fentanyl epidemic and featuring an interview with Ed Ternan. These efforts are the first in a longer partnership between Song for Charlie and Snap, which will include additional in-app education and public awareness initiatives.

Facebook and Google.org are contributing ad credits to run Song for Charlie national campaign advertising. Google.org is contributing credits through their Ad Grants program and is also providing the nonprofit with hands-on support to help educate the public on the dangers of fake prescription pills. Facebook is collaborating with Song For Charlie to provide resources and raise awareness through their Emotional Health Hub.

“We are honored to partner with Song for Charlie to educate young people on the dangers of counterfeit drugs and fentanyl poisoning. Ed and Mary, and the Song for Charlie community, have been at the forefront of this conversation and have been instrumental in this effort to save lives. We look forward to collaborating on additional in-app education initiatives while we continue improving our own capabilities to combat drug dealers and drug-related content online,” said Jennifer Stout, VP Global Public Policy at Snap Inc.

“We're partnering with Song for Charlie to give young people more information about the danger posed by illicit and counterfeit drugs sold online. We prohibit these drugs from being sold on Facebook or Instagram and work to remove this content proactively through technology and user reports. We have a number of programs to address the opioid and addiction crisis and are now extending this work by supporting Song For Charlie to deter young people from seeking out these dangerous drugs,” said Lindsay Elin, VP of Public Policy, External Affairs, Facebook.

Song for Charlie was co-founded by Ed and Mary Ternan after the death of their 22-year-old son Charlie, in May 2020. Charlie died after taking what he thought was a Percocet that he purchased on the internet. Instead, it was a 100% counterfeit pill made of the powerful opioid, fentanyl.  Song for Charlie, Inc. creates and distributes educational programs that address the emerging dangers of self-medication and casual drug use in the fentanyl era and that encourage healthier strategies for coping with stress. They share their educational tools and curriculum content online and on campus.  For more info, visit: www.songforcharlie.org