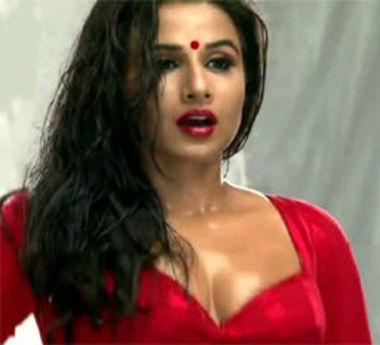 After her performance as the boombat ladki in ‘The Dirty Picture’, actress Vidya Balan’s oomph has wooed many, and now eyes are all set for her next surprise! Vidya Balan who got the audiences to groove with her in Ooh La La is all set to get dirtier as she is all set to turn into an item girl. According to reports, she is all set to do her first item number in Vidhu Vinod Chopra's home production Ferrari Ki Sawaari.
With ‘Chikni Chameli’ doing the rounds of megaphones and the mouths of people, we can assume that Vidya’s performance on an item song will be received with much eagerness. Apart from Balan, other popular actresses who’ve been into item songs lately are Katrina Kaif, Mallika Sherawat and Chitrangada Singh, to name a few.
Ferrari Ki Sawaari is produced by Vidhu Vinod Chopra and directed by Rajesh Mapuskar. She has closely been associated with Chopra’s production house as her debut film 'Parineeta’ and the Gandhian film ‘Lagey Raho Munnabhai’ were from the same production house. So, naturally when she was asked to do an item number, Vidya just couldnt say "No".  Known for her zeal and dedication in the things that she does, Vidya is sure to offer stiff competition to the Jalebi Bais and Chikni Chamelis, it seems!
Posted by Films & TV World at 12:07 AM