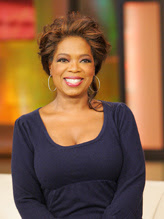 She came; she met and captivated her audience simply by attending the Jaipur Literati Fest. Now, she’s here to enthrall you with some of her best moments, right on your TV screens. That’s Oprah Winfrey for you, the Queen of talk-shows. BIG CBS LOVE all throughout the month of February will bring to its viewers some of the Best of Oprah episodes from Monday to Friday at 8.00 pm.
Flagging off the celebrations today on January 30th, until the end of the month, BIG CBS LOVE will bring to you, exclusive episodes of the Oprah Winfrey Show which will have some of her best moments spent on the set with various people. Interviews with celebrities, shocking revelations by people and a special episode on Michael Jackson. So, if you’ve missed any of these, you can catch them again and join in on the excitement and the fun.
30th January will see an exclusive interview with Ana Rodarte, who was born with a disfiguring, incurable disease that literally destroyed her face. In the same episode, Oprah also meets with the Jackson brothers who nearly starved to death by their foster parents who later adopted them.
The 6th of February is an exciting day for most young women. The entire cast of “Glee” will be on air with Oprah Winfrey and watch them talk about their personal lives and their journey on the show until now. Friendships and relationships and how much they matter to them will all be a topic of discussion.
It’s been 25 years since the Oprah Winfrey Show has been on air, and in this colourful journey, Oprah has interviewed many celebrities, some who were happy to share their stories and some who confessed many-a-things on the show. Thursday, 9th February will see 25 of the most unforgettable guests who appeared on the show and the hilarious and maybe not so hilarious moments spent with them.
Over the years, Oprah and her team have hooked up deserving fans to their favorite stars. Oprah says she loves to make dreams come true...but it's not as easy as it looks. Her star studded hook ups with Cher, Justin Timberlake, Diane Sawyer and Usher surprise unsuspecting fans.
17th February sees the “Best of Oprah” concluding with a special episode dedicated to some of the untold secrets about Michael Jackson’s life. Right from his different looks throughout the years to his numerous plastic surgeries to his secret, second family and truths about his marriage with Lisa Marie Presley.
Catch Oprah bringing alive some of the most memorable moments of the ‘Oprah Winfrey Show’ through the ‘Best of Oprah’ special starting from 30th January only on BIG CBS LOVE, Monday – Friday at 8.00 p.m.
Posted by Films & TV World at 10:51 AM