Will 3 be lucky for Shruti Hasan? 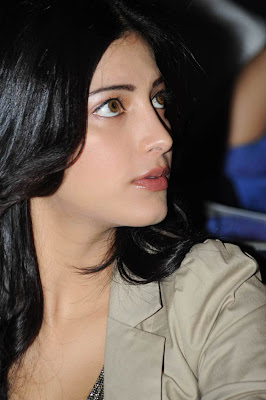 It’s three years since she made her debut in films, but the beautiful, talented Shruti Hasan , the daughter of powerhouse performers Kamal Hasan & Sarika, is yet to get her share of fame & fortune. The multi-faceted Shruti Hasan, who took to singing in films at the age of 6, has since then sang for several films, composed music, written songs and also acted in regional films, in Tamil, Telegu, Hindi…, is a Diva in her own right. She’s had fans & loyalists from the very young and there’s no denying that.
An excellent singer, music composer and actress Shruti believes that music is the best way to express oneself. She believes that music is the soul of life…with the latest hit song Kolavari, Kolavari, Kolavari Di…from her film 3 (Moontru) in Tamil, her belief in straight from the heart composition only gets stronger. The song Kolavari Di… has become a nation-wide syndrome.
Three years in the film industry and film 3 (Moontru) in her pocket, perhaps this birthday  which was only a few days back (January 28th), is going to change equations for Shruti, it’s time to accomplish her dreams. While success seems to be round the corner for Shruti, there are her thousands of fans & well wishers who want to get up,   close and personal with her. As one of the Divas on India’s Glam Diva, it’s time to present the young, talented glamorous actress to her fans.
To catch the many facets of the multi-talented Diva Shruti Hasan stay tuned to India’s Glam Diva, coming soon on BIG CBS LOVE.
Posted by Films & TV World at 4:47 PM