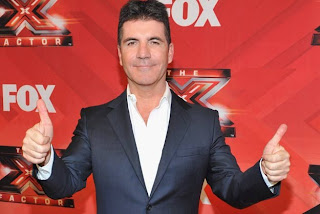 The man who launched a thousand pop careers, is apparently now all set to develop a live talent search show dedicated to finding the world’s next great DJ. The TV host and producer who has partnered with Will and Jada Pinkett-Smith’s Overbrook Entertainment says, "DJ's are the new rock stars, it feels like the right time to make this show," he said in a statement. Already known to television audiences in Britain and the United States as the acerbic judge on hit talent shows like "American Idol", "The X Factor" and "Britain's Got Talent", the 52-year-old is looking to expand his empire.
The new format will be co-produced by SYCO, Cowell's joint venture with Sony Music, and Overbrook Entertainment, a U.S. entertainment company founded by Hollywood star Will Smith. Smith's wife Jada Pinkett Smith has been involved for Overbrook.
Cowell’s most recent project was bringing talent show The X Factor to the U.S - The show, which crowned Melanie Amaro as its inaugural winner last month, has been renewed for a second season. What do you think? Are DJs the new rock stars?
Posted by Films & TV World at 8:59 AM