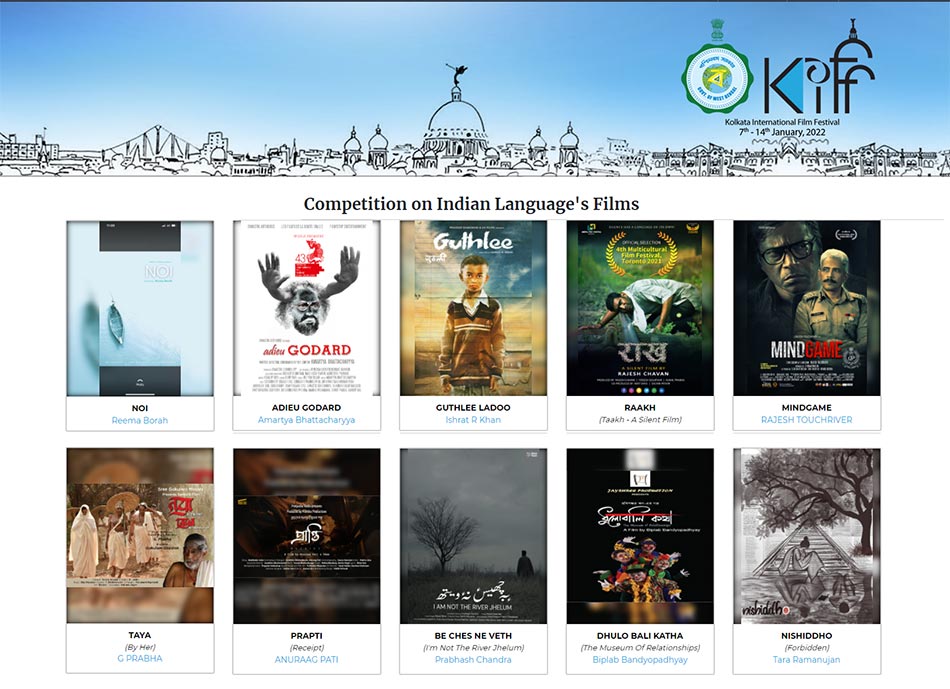 Ten Indian language films have been selected for the competition section of the 27th edition of the Kolkata International Film Festival to be organised by the organized by the West Bengal Film Centre under the West Bengal Government. The annual film festival will be held from January 7-14, 2022 in Kolkata, India.

Some of the films chosen by selection team include Guthlee Ladoo by debutante director Ishrat R Khan on caste discrimination. Guthlee, is the son of a poor manual scavenger who has a dream - to go to school. But his major obstacle is his caste. A headmaster is sympathetic to him but powerless against caste discrimination. When they develop an unspoken bond, Guthlee's dream sees hope. This is the first ever Bundeli film to reach out to any international film festival.