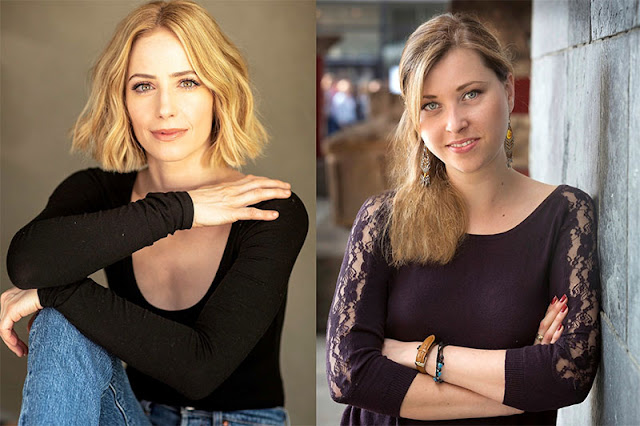 'Even in 2021, to be born female in much of the world means giving up your essential rights as a human being. Maria Brendle's film is a cry to action and I hope not only the Academy takes notice, but world leaders and decision makers. 51% of the human population deserves better. I am honoured to join forces with Maria and her team of artists to support this vital film' states Newman.

'Ala Kachuu' depicts the Kyrgyz tradition of bride-kidnapping, after which the film is named. The synopsis reads, 'A young Kyrgyz woman is kidnapped and forced to marry. A drama about the desire for freedom in the clutches of a tradition.'

Although the custom is prohibited by law in Kyrgyzstan it is still widespread in other regions of the world under the guise of tradition. 'My aim was to depict its usual course of events, but with a strong character who has the courage to stand up for herself" explains Brendle.

Jaime Ray Newman, who gained acclaim as an actress in high-profile film and television projects including Hulu's acclaimed miniseries, 'Dopesick', 'Little Fires Everywhere', 2020, and leads in upcoming 'Time Traveler's Wife' for HBO, and 'Grendel' for Netflix, is equally known for her work producing projects with social impact at their core, including 'Skin' which won the Oscar® for Best Live Action Short Film in 2019 and the feature film 'Skin' directed by Guy Nattiv which premiered at 2018 Toronto International Film Festival.

The award-winning Swiss director Maria Brendle graduated from Zurich University of the Arts and the renowned Drehbuchwerkstatt Munich. She works with a focus on women issues. Nadine Lüchinger & Flavio Gerber from the Swiss Company Filmgerberei co-produced Ala Kachuu.

François Morisset, founder and managing director of sales agency Salaud Morisset (Skin, The Letter Room) is spearheading the worldwide distribution of Ala Kachuu.

'At Salaud Morisset we see many, many films that tell important stories. Those that stand out are the ones that simultaneously uplift and inspire the viewer. Alaa Kachuu, with the powerful female characters at its centre, achieves just that and we are immensely proud to be working with Maria Brendle to share the story of Ala Kachuu with the world'.

On the awards side, Joshua Jason Public Relations is honored and thrilled to represent this fantastic film during the Oscar®Arace for live action short this year and happy to be championing this tremendously important story.