Water your dreams and be a winner

Are you a budding filmmaker? And are you concerned about H2O? WaterAid in partnership with WorldView is pleased to announce something just for these budding filmmakers! sH2Orts is WaterAid’s brand new competition for film makers everywhere! To mark World Water Day, 22 March 2015, WaterAid is asking budding filmmakers to make a short film about what water means to them as they want to see and hear THEIR water stories...

An international charity, WaterAid’s vision is of a world where everyone has access to safe water and sanitation. To mark World Water Day, 22 March 2015, WaterAid is asking filmmakers to make a short film about what H2O means to them. The work has to be an original and it could be through the lens of thirst or floods, a drama set in a car wash, or a portrait of the man who waters plants in your local park. This is a unique chance for film makers to give an unique perspective on the theme of water and be in the running for a chance of winning a film-making masterclass with BAFTA-nominated director Shekhar Kapur and one the latest Fujifilm cameras.

“The story is about your imagination and storytelling skills, not resources – you can make it on your own or with friends or a crew, using your phone, a top-end camera or anything in between. We just want to see your best, creative, quirky or simply beautiful short film… all about water,” confirmed a spokesperson. 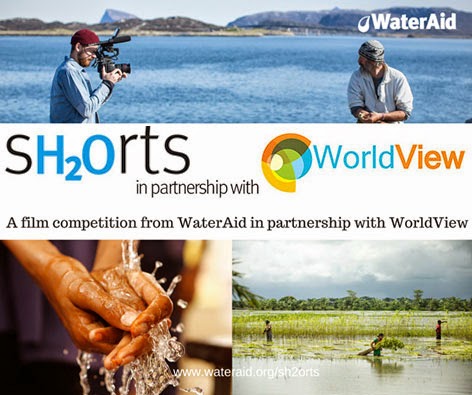 The sH2Orts film should not be longer than one minute and has to be submitted by 20 February 2015. The five amazing prizes includes:
The prestigious judging panel will be led by director, producer and actor - Shekhar Kapur - best known for his BAFTA nominated historical films Elizabeth and The Golden Age, as well as Bollywood films including award-winning Bandit Queen.

He says: “Water is life. We interact with it every day in so many different ways; it is our most important resource, with no substitute. Yet it’s so easy for us to take this basic necessity for granted. Through this competition, we’re hoping to see the many ways water impacts on our daily lives through the powerful medium of film. This is a great opportunity for filmmakers to make a mark for themselves.”