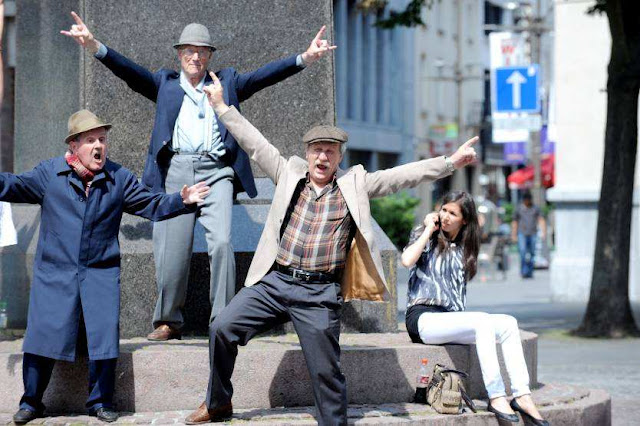 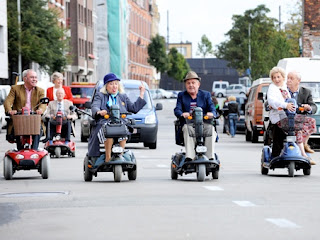 Imagine what will happen to a city when seven wacky elderly people are left out on the streets? We will find out soon because BIG CBS LOVE, India’s only English Channel for couples brings to you the craziest new show “Benidorm Pranksters” this month. Benidorm Pranksters is an edgy hidden camera show starring seven senior citizens who roam around the streets with a mission: to pull a fast one on young people. The show promises to have the most bizarre and nonsensical pranks ever played to irk the young crowd.
If you want to know what these people have in store for you, sample this- one of the characters from the show Marcel likes to pick on youths at their home. So he goes home to home offering useless services: Selling Google or Calculator and hammer at home. Another character Gaston loves to startle passersby in his remote-controlled wheel chair, calmly reading the newspaper or polishing the brassware.
Its revenge time for the pensioners! Catch all the hilarious episodes of this retired retarded people every Monday to Friday at 9 pm only on BIG CBS LOVE.
Posted by Films & TV World at 12:06 PM