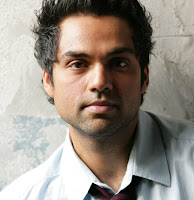 He became the heartthrob of young girls from his very first film Socha Naa Tha. Then followed Monorama Six Feet Under, Oye Lucky! Lucky Oye! But with Dev D, he made it clear he was here to stay. He became an actor to reckon with. His simplicity and natural performance in his recent film Zindagi Naa Milegi Dobaara only added on to his popularity. We are talking about none other than Abhay Deol, the youngest Deol in Bollywood.
Coming from a family that has been a part of this glamorous industry, Abhay Deol learnt his way around soon. This charming young actor has young hearts racing for his dimple smile and boyish looks. But for all his charm he recently made a statement saying “I may or may not get married.” Even after such statements the truth still remains that Abhay can mesmerize his women fans. But the big question here is will his dimples and unconventional ways help him win against the killer cricketer Virat Kohli? 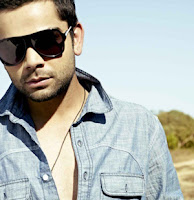 Virat Kohli first taste of fame was at a young age of 20. Today, millions of young girls are crazy about him because of his performance on the field and his stylish looks. Virat is one of the most stylish cricketers in today’s time. Being the youngest contender on BIG CBS PRIME’s India’s Sexiest Bachelor, will Virat be able to rise as the winner? Only time will tell.
But for now, let’s get close to the Boy- next -door Abhay Deol and youngest contender Virat Kohli and know these young men better. Watch out for them on August 20th at 10 pm on BIG CBS PRIME, as India’s Sexiest Bachelor gets close to Abhay Deol and Virat Kohli and reveal some well hidden secrets.
Posted by Films & TV World at 11:54 AM