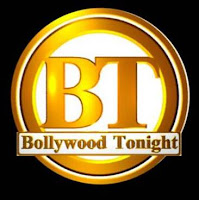 Stardom in the entertainment industry is very fickle, and Bollywood is no exception, yet you have people enamoured and in awe of tinsel town. Keeping this in mind BIG CBS LOVE, the ultimate feel good channel for the urban contemporary couple, which features America’s top rated television shows from CBS Studios International, like Oprah Winfrey Show & America’s Next Top Model, Rules of Engagement…and more creates a new destination for its viewers--Bollywood Tonight. As a promise made to the viewers to include local programming, the new show is about the dream merchants-- Bollywood, and for all those who love the filmy glam sham, filmy happenings, glitz & glamour and lives & times of their favourite star and more.
Today, the influences of films and entertainment on people have made Bollywood occupy a pride of place in all media—print, radio, TV. Did you know? It’s Jacqueline for Krrish 2 and Bipasha in Raaz 3 or that Salman leaves for treatment to US…The new show Bollywood Tonight explores all the happenings in the dream world of films and brings to its viewers the latest Bollywood happenings, hot news, gossips, scoops, film reviews, box office news, interviews with actors/actresses, making of the film, peek-a-boo into first look…
Nikhil Mirchandani, Business Head, Television Channels, Reliance Broadcast Network Limited said: “This is our first attempt to bring localized content to BIG CBS LOVE viewers. We strongly believe that our viewers who enjoy shows like the Oprah show and America’s Next Top Model will love to have their dose of our own Bollywood happenings. With the launch of Bollywood Tonight, we want to give our viewers a peek-a-boo in to tinsel town-- there’s gossip, glamour and much more to keep the viewers connected to their favourite stars.”
Bollywood Tonight brings the hot news from Bollywood just for you, every night at 11.00 pm only on BIG CBS LOVE.
Posted by Films & TV World at 5:28 PM