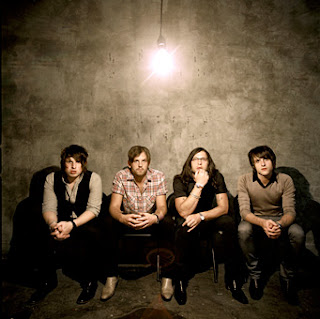 Kings of Leon have a background so exorbitant in rock mythology that it almost sounds made up. Their “Live at the O2 London, England” performance left a mark on one and all, and BIG CBS SPARK is now giving you a chance to relive their concert on Saturday & Sunday, August 27th & 28th at 8.00 p.m.
The performance given by the Kings of Leon was so phenomenal that it was released a year later as a DVD, the band’s first. The ‘Live at the O2’ concert consists of a 22-song set selected from all four of the band's albums. The tracklist includes their super-hit songs like ‘Notion’, ‘Be Somebody’ and ‘Fans’. The band's retro-chic look and blend of Southern boogie and gritty garage rock was a complete sell-out to over 80,000 fans who attended the concert at London’s O2 Arena.
Two days of fun, frolic and MUSIC; two days of entertainment, head-banging and MUSIC; two days of one helluva event and of course, MUSIC! BIG CBS SPARK will air this concert over two days and give you the chance to enjoy the songs of these hairy rebels. Watch as the three Followill brothers cast their magic with their resplendent music and their never-ending spirit on stage as they play some of their classic numbers, leaving the crowd wanting for more.
So if you missed this concert in London, fear not! Tune in to BIG CBS SPARK over the weekend and turn your living room in to the O2 concert arena and watch the Kings of Leon performing some of their best songs, LIVE! Catch the Kings of Leon LIVE at the O2 on Saturday & Sunday, August 27th & 28th at 8.00 p.m. only on BIG CBS SPARK.
Posted by Films & TV World at 12:16 PM