We will all miss you Shammiji, tweeted Bollywood & Media.. 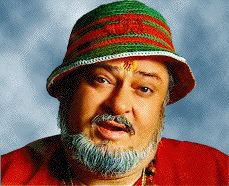 As Bollywood bid final goodbye to Shammi Kapoor with moist eyes and prayers, Shammi Kapoor's family members and friends bid goodbye to the veteran actor at his funeral at the Ban Ganga cremation ground today morning. While the last rites were performed by his son Aditya Raj Kapoor, younger brother Shashi Kapoor who is himself unwell, attended the cremation on a wheelchair.Nephews Randhir and Rishi Kapoor and grandnephew Ranbir were also present for the last rites.

Hrithik Roshan
Legends like shammi kapoor do not die...he lives, inside us...around us....
Preity Zinta
2 my all time favourite Shammi kapoor, my childhood crush & my reason 2 Yahoo.. May ur soul rest in peace ! U will live in R hearts FOREVER!
Siddharth
The great man Shammi Kapoor has left us... Countless films, an amazing life! Rest in peace sir...

Anupam Kher
Shammi Kapoor ji was one of d 1st Youth Icons from Cinema. He liberated actors from being stereo types. Will miss his STYLE and SUBSTANCE.
Shekhar Kapur
The great iconic Shammi Kapoor who defined an era n influenced music, dance n song even today has passed away, leaving a hollow vioid

Uday Chopra
Moment of silence for Shammiji who passed away today...respect and admiration for his spirit.
Subhash Ghai
Today IO lost my another dearest one.. Shammi Kapoor.. A mon of unconditional love and young till last breath at 79. God bless his soul.. I still can’t forget his glowing face at peace ..We always connected with unconditional love since Vidhata & Hero till date
Lara Dutta Bhupathi
The one time I went to see Shammi uncle for tea, was a surprise visit. He grinned and said-"now look, u've made an old man blush".

Pritish Nandy
I came to know Shammi Kapoor during my days of internet evangelism. Will miss you, friend.
Deepika Padukone
He was an inspiration not just for his style and the films he did, but also his attitude towards life...we will miss you Shammi uncle... RIP

Rahul Khanna
Sorry to hear about Shammi Kapoor. Remember seeing him attend a workshop at an Apple store in NYC, not long ago. Full of childlike wonder.
Rajdeep Sardesai
the great shammi kapoor is no more. He was truly the king of the hill station romance!!
Rajeev Masand
Years ago when I worked w/ a newspaper, Shammi Kapoor posed in a Santa suit & let us take pictures. He was fearless, not easily embarrassed.