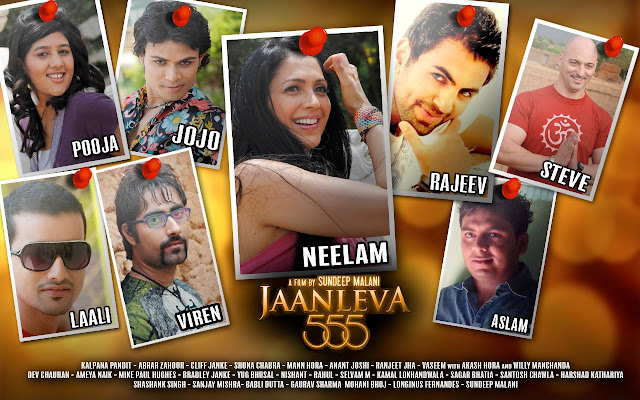 Kalpana Pandit and her “House of Pandit” recently announced the completion of their maiden Hindi Feature Film ”JAANLEVA 555″ that stars Kalpana Pandit and Akash Hora. Introducing a new leading man Abrar Zahoor from Bangalore, this romantic mystical thriller filmed in the exotic jungle locales of India is written & directed by Sundeep Malani who had earlier did the short film “Jo Jo Laali” for House of Pandits.
The film that boasts of a one schedule start to finish filming with a zany fresh star cast is a story of reincarnations with foot tapping dance tracks that have been choreographed by Longinus Fernandes of ‘Slumdog Millionaire’ fame as well as lilting melodies that is sure to hit the charts. Just like the fresh star cast, this is one film that can boast of an incredible achievement of having eleven musical tracks in a film, which was once the domain of the Rajshri Productions or the present domain of Bhojpuri potboilers. The tracks are composed by seven fresh, talented composers that includes Dev Chauhan, Mike Paul Hughes,  Bradley Gene Janke, Yug Bhusal, Nishant & Rahul and Ameya Naik. 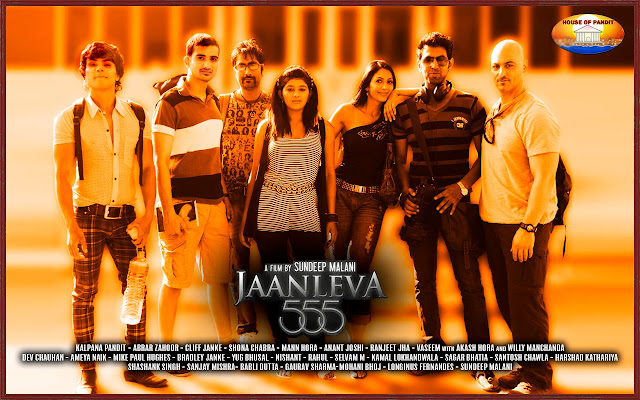 The supporting starcast of Jaanleva 555 includes Cliff Janke, Willy Manchanda, Shona Chabra, Mann Hora, Anant Vijay Joshi & Ranjeet Jha in a dynamic role.  Ranjeet Jha who has already done “It’s a man’s world” by Saurabh Sengupta is upbeat and elated about his role in this movie. Only the second Indian film to be shot in the Canon 5D digital format (according to the producer), the cinematography has been breathtakingly captured by Selvam Mathapan.
Posted by Films & TV World at 11:51 AM