Designed by Varuna D Jani, the MAMI Trophy is a league apart 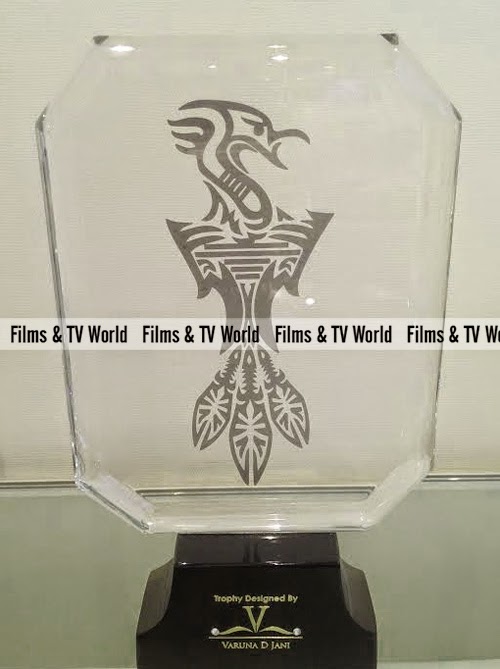 The 16th edition of the Mumbai film festival organized by the Mumbai Academy of Moving Image (MAMI) will have a sparkling touch this year. The renowned jewellery designer and adornologist Varuna D Jani has graciously volunteered to design and craft the 15 coveted award trophies for the festival, to be held from 14-21 October 2014 at PVR Cinemas in Andheri, Cinemax,Versova and Chandan Cinemas in Juhu.

MAMI trophies are sought-after awards and are treasured for a lifetime as they depict the artist’s contribution to Indian cinema. Inspired by this Varuna has created exquisite trophies distinguished by her craftsmanship which is unique and contemporary. This is the first time that a jewellery designer has designed the award for the festival.

The trophy resonates the inherent attributes of the festival and its symbolic mascot the phoenix. The Mumbai Film festival has gained a position over the years is at the pinnacle of recognition, status and popularity, and this year’s trophy represents that in its design and intent. The trophy plaque is crystal with a gold and silver plated Phoenix (the emblem of MAMI) which is an enduring allegorical symbol, symbolizing rebirth, renewal or uniqueness. At the threshold of the trophy is the designer’s logo with two real diamond drops placed on the tips of the V wing on each side completing the symmetry of the design.

Says, ace jewellery designer and adornologist, Varuna D Jani “It is an honour and a privilege to have received this opportunity to design this prestigious trophy for MAMI. I was very excited and inspired to create and design the trophy. I hope I have imbibed in it the pride and the prestige that is associated with this magnificent festival.”

Mr Srinivassan Narayan, Festival Director, Mumbai Film Festival said, “We thank Varuna D Jani for her support towards the Mumbai Film festival. That a designer of her calibre has agreed to design our award trophies is a matter of pride for us. The final trophy is spectacular as is the design input put in by her. This year’s award recipients will be the envy of many as they will get to take the coveted trophy home.”


The trophy exudes a royal charm with crystal base and gold and silver plating. Equal emphasis has been given to the back and front of the trophy making it a piece of art. With fine engravings of letter, this year’s MAMI Trophy is going to be a sought after reward not just because of the repute and the prestige of the festival but also as a thing of beauty that the award winners would be proud to receive. After all the inspiration behind the design was that these awards (the MAMI trophy) deserve to be earned not owned.
Posted by Films & TV World at 12:30 PM