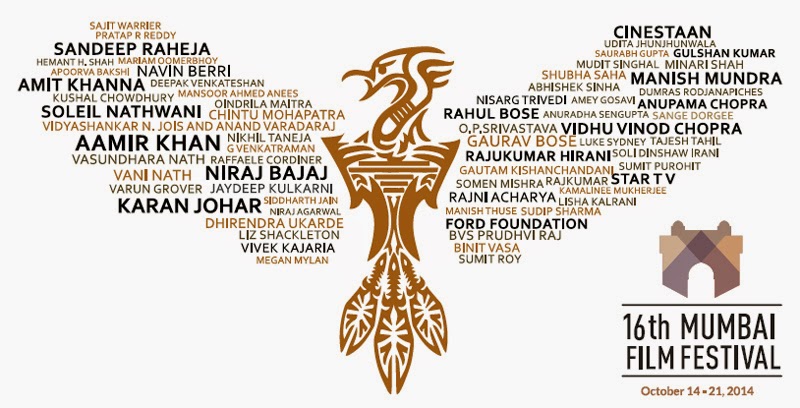 The 16th Mumbai Film Festival organized by Mumbai Academy of Moving Image (MAMI) will begin on the 14th of October and go on till the 21st of October at PVR Andheri, Cinemax Versova and Chandan Cinema in Juhu. This year The 16th Mumbai Film Festival (MAMI) associates with youtube channel Film Companion to discuss films, share information, trade recommendations and everything a film buff would like to know.

Ms. Anupama Chopra, Editor Film Companion and Creative Director of the 16th Mumbai Film Festival shares, “I have great curiosity about the creative process. These events we are conducting are an attempt to create a portrait of this process. It’s also an attempt to begin a dialogue by bringing together industry, film lovers and students of cinema”

FC ACTOR PRESENTS
Film festivals above all are a celebration of cinema. Film students, film lovers, patrons, professionals all converge here to devour their common passion, movies. This year at MAMI 2014, the torchbearers of the next generation of actors in Bollywood will present a movie of their choice to the audience and talk to them about their driving force to be in the movies.

FC DIRECTOR'S CHOICE
The mesmerising world of movies is sustained by a common love for cinema that its consumers, creators and curators share. No matter who you are, you are a fan first. At MAMI 2014, leading directors of Indian cinema Rajkumar Hirani, Anurag Kashyap, Imtiaz Ali, Vikramaditya Motwane, Dibakar Banerjee and Hansal Mehta will present a film that has had a profound influence on them.

FC ROUNDTABLES
Bollywood is an industry at the cusp of multiple tectonic shifts. Key amongst these are the increasing emphasis on box-office returns on audience and films, and the growing influence of social media on film marketing and the public relations machinery. The FC Roundtables at the 16th Mumbai Film Festival will feature a confluence of diverse opinion makers from the film industry discussing and examining these paradigm shifts and their impact..

FC MASTER CLASS
The Film Companion Master Class takes you through the journey of the most significant actors of our times by visiting professional milestones and crucial events in their lives. It’s a platform where actors talk openly with honesty and candor about their craft, challenges, regrets and choices.  The first FC Master class was an in-depth conversation with actress Kangana Ranaut, followed by the second edition featuring Hrithik Roshan. The third FC Master Class, to be held at the 16th Mumbai Film Festival, is a conversation between Anupama Chopra and global icon Catherine Deneuve. 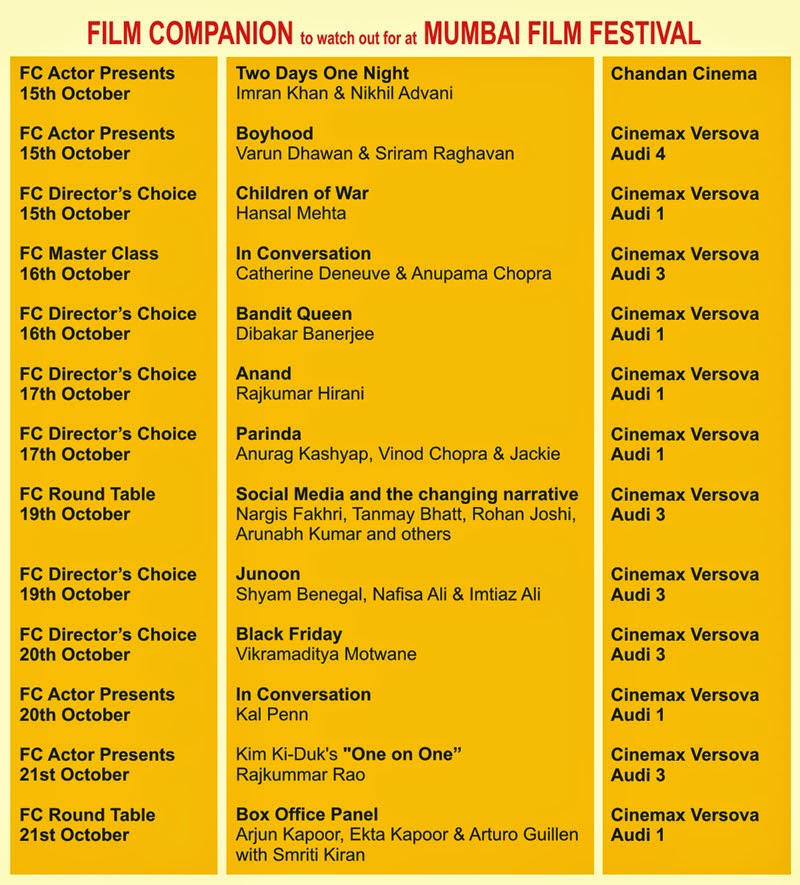 Register immediately and be a part of the eight-day film extravaganza with notable array of film– screenings, academic activities and networking. To register visit www.mumbaifilmfest.com and Subscribe to the Film Companion www.youtube.com/user/thefilmcompanion to get exclusive updates and all the action from The Mumbai Film Festival 2014.
Posted by Films & TV World at 7:36 PM