Pranshu Kulshrestha & Deeksha Upadhyay are the new Models of the Week 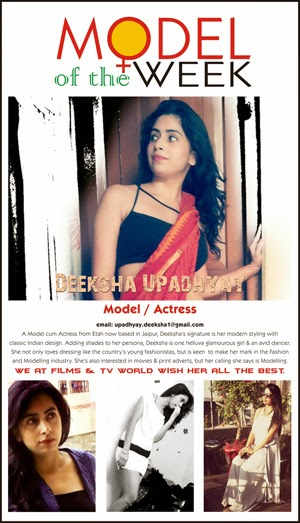 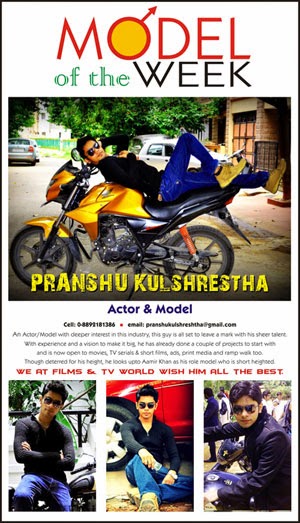 This week's Male model Pranshu Kulshrestha is from Bangalore again. An actor / Model, Pranshu started his career behind the screen assisting in some of the best projects according to him. Right from features to short films, this guy has dabbled in all and has also walked the ramp in his College Fashion shows.

Having dabbled with quite a few Corporate features, short films and features, he is now all keen to kick start his career in the glamour industry in Mumbai in 2015. But before that, he is simply waiting to complete his studies before he plunges head on. When asked whether his (a bit) short height wont be a deterrent in getting him a footing in this glamour oriented industry, he coolly says: “The biggest challenge is to make a mark even when you know you have some shortcomings. In my case, my height is a bit short but I look upto Aamir Khan who has made his mark in good acting." A keen bike enthusiast, Pranshu doesn’t mind doing any role but it has to have some substance and his performance should get him noticed.

Deeksha Upadhyay who features as our Female Model in this section is an aspiring Model from Jaipur. Cute, charming and good looking, this Jaipur based lass oozes a lot of style, confidence and charisma. Keen to do Ads and films, but she says her calling is Modelling. Adding shades to her persona, Deeksha is one helluva glamourous girl and an avid dancer. She not only loves dressing like the country’s young fashionistas, but Deeksha’s signature is her modern styling with classic Indian design. Keen to make her mark in the Fashion and Modelling industry. She’s also interested in movies & print adverts.