Dangal's 2nd poster is a statement for women empowerment 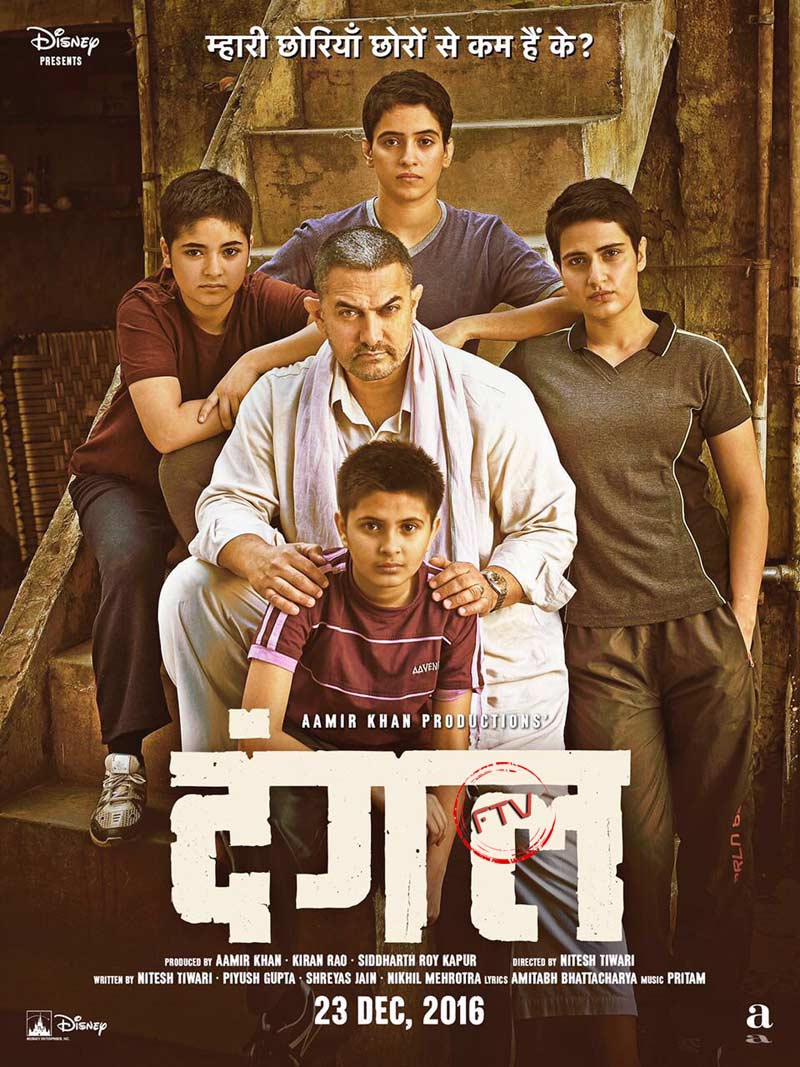 The perfectionist Aamir Khan has gone ahead and revealed the film’s second poster today just two days prior to Salman Khan’s Sultan. The poster seems to quite a statement for women’s empowerment as its tagline reads: “Mhari choriyan choro se kam he kai (Are my daughters any less than boys)?”

The poster shows Aamir Khan as a middle-aged wrestler accompanied by Fatima Shaikh and Sanya Malhotra, who are playing his daughters in the film, as well as Zaira Wasim and Suhani Bhatnagar, who will play the younger versions of the daughters. This happens to be ‘Dangal’s main poster.

An upcoming Indian biographical sports drama film directed by Nitesh Tiwari and produced by Disney Studio India, Dangal has Aamir Khan portraying the role of Mahavir Singh Phogat, who taught wrestling to his daughters Geeta Phogat and Babita Kumari. Geeta Phogat was India's first female wrestler to win at the 2010 Commonwealth Games, where she won the gold medal (55 kg) while her sister Babita Kumari won the silver (51 kg).

Scheduled to release on 23 December 2016, the music for Dangal is composed by Pritam, Komail Shayan, while lyrics are by Amitabh Bhattacharya.
Posted by Films & TV World at 3:53 PM