The relationship between the writer and director is crucial, says S P Jethlia 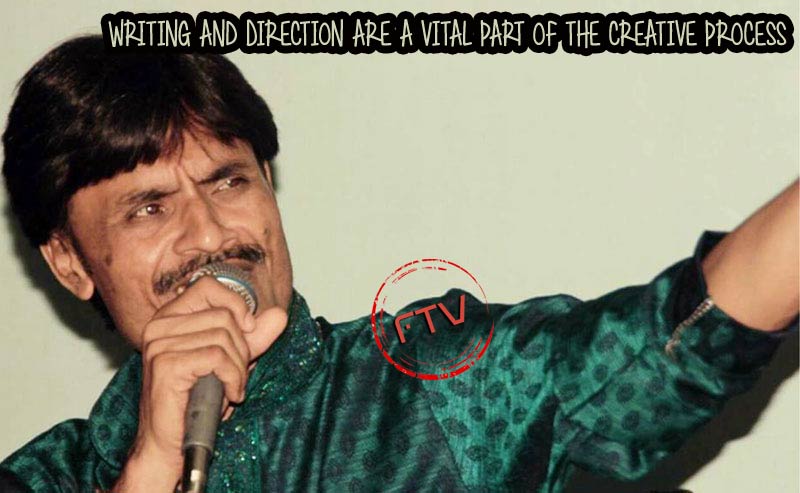 Imagine having a dream in your life, but you find that your education, your profession and your life have taken you down on a totally different path. What do you do? Do you chuck everything you've built thus far so that you can pursue your passion? Or you just stay on course and vow to go after the dream later? Neither option is great as you have to give up something either way. Sometimes you just have to walk away from your passion.

When presented with these options, most would choose the convenient one. Most would compromise…  You would say that’s not unusual as many bury their dreams for bread and butter. Life is about compromise, right? No, you are wrong..!! As here is one person who opted for another option. He readied himself to pursue his passion along with his ambitious professional and personal life. Meet the most driven, hard-working, unusual writer-producer you will ever meet - Surya Prakash Jethlia. A tete-a-tete with this unassuming guy who is currently working on the movie release for his forthcoming romantic musical film “Meeradha”

Films & TV World: Did you always want to make a film?
Surya Prakash Jethlia: Yes, I am fan of great Legend Amitabh Bacchan sir since childhood. The very first film I have ever seen in my life was Saat Hindustani. I must have been just 7-8 years then. Early on in my career, I tended to be more interested in acting as I had a passion for acting. I have great singing interest also. I even acted on stage at school and college level. But I never thought I would get on with film making as a producer and writer. It was only later on in life that I developed a decent script on a story idea that had been in my mind for long. And then putting the right ingredients (actors, crew members) together I got involved in the process of getting it turned into a film. Maintaining that creative overview all the way through, I have now got much more interested in what makes a movie as well as the production side of it - how the money got spent and all the rest of it.

F&TV: What was the inspiration behind the making of this film?
SPJ: This film “Meeradha” is about the dream of a father, about a son, about devotion, friendship, love and several emotions of life journey. A love triangle, this is a story of a boy and two girls who are childhood friends, which turns into love as they grow young. The hero is good at heart but has a bad attitude and never cares to listen to his father’s suggestions. However, one day he accidentally finds his father’s old diary that becomes the turning point in his life and changes his life. This story idea has been core to my heart and I had always wanted to picturise this for the larger audiences as the film also conveys a social message to society to eradicate superstitions and social evils that stigmatises lives. However, its put in an entertaining manner without being preachy.

F&TV: What convinced you to make your debut as a writer producer with Meeradha?
SPJ: I had a passion for singing, acting and also being an ex lecturer, there was an inherent writing ability within me. As I have already mentioned that this story is close to my heart as I had seen such a real life situation and it had a deep impact on me. It was later with the help of my younger brother who is very creative, that I wrote Meeradha. I got some help from my facebook friends too. Once the writing was done, I was assured by Sangam Group & Ostwal Group to provide infrastructures. It was then that I was fully sure to venture ahead and follow my dream.

F&TV: So how was your first movie experience?
SPJ: It was extremely nice, irrespective of lots of hurdles, my entire team was quite cooperative, and we completed it successfully. Now, with god’s grace, the movie is almost cleared from Censor board and we are soon going to start with the publicity and promotions. And god willing, the poster of the film will be released by a celebrated personality. 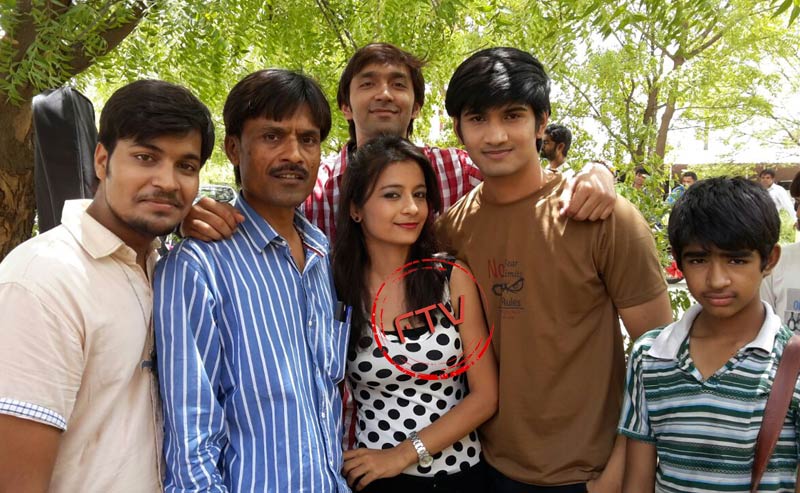 F&TV: How challenging was script writing to you?
SPJ: The script is always a great challenge. You need to adapt a story in a right way and make it understandable for the audience in the cinema. At the same time, you need to keep it interesting as audiences tend to get bored pretty quickly if you do not approach this matter properly. It was necessary to introduce them in the plot in a way that kept them interested. But it seems to me that we managed to do it right.

F&TV: What were some of the challenges you faced in the making of this film?
SPJ: Being a non technical guy, I was totally dependent on the technical unit. So whatever guidance they were providing me, I had to go for that. But there was a great support to me by my film's hero "Sandesh Gour" & all my team members who worked as if it were their own movie, thus overcoming all difficulties. However a serious accident of mine, delayed the project for 6 months. However, the biggest thing within me is the go getting attitude. This made me all the more impulsive to achieve my big dream in life. And we overcame. If you have a dream, just have to go for it as there's never a perfect time, the stars will never align and the best time to start pursuing your passion is right now. My special thanks to my lead actor "Sandesh Gour". He made me feel proud as he performed so well with confidence.

F&TV: How did you zero in on Ashish Sinha as your director?
SPJ: Writing and Direction are a vital part of the creative process in any production and the relationship between the writer and the director is crucial.  However, I being the writer as well as the producer, helped quite in a way as the relationship between me and Ashish Sinha is a wonderful example of how a good director, with a unique, individual approach can shape the story into a beautiful masterpiece (film). Ashish Sinha ji’s name was suggested to me and it was only after that I saw his work, and was impressed a lot with his creativity, his way of working, nature etc. In fact, once I was through, it hardly took me anytime to finalize him. He has done a great job with even some fresher artists.

F&TV: Rajasthani movies carry subsidy. Why did you choose Hindi over Rajasthani?

SPJ: The hardest truth is that in Rajasthan there is not much scope or a good viewer base for Rajasthani Language based movies. Though the government does give subsidy, it is hardly any money. Also the recovery is not possible if you want to spend lavishly and make a good film. This was one reason that forced me to go for Hindi language. Also, I wanted to have an all India release and take the message that my movie carries far and wide. And this was possible only through Hindi.

F&TV: How involved were you in the direction process? 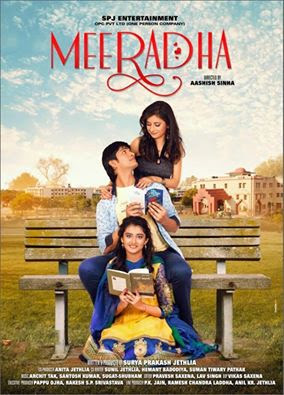 SPJ: I was present during the entire shooting almost all time as it’s my baby. Also being the writer of the film, at times I had to explain the importance of certain scenes and the way it had to be enacted. Or the way I wanted to get it picturised, etc. It was a bit difficult at first but I quickly learned and could thus steer the film into the right direction.

F&TV: Writing or producing – what was more stressful?
SPJ: We do know that writers are outstanding, creative and charismatic personalities. However, to be a producer, I think you’ve got to be a fairly sophisticated jack of a lot of trades and probably king of a few. I would definitely say that working as a producer is extremely stressful as you are not finished with your work until the movie is released. Sometimes it takes even longer. It's a real rollercoaster. I have great respect for filmmakers because it's really hard work, and very often thankless. But I was lucky to work with good people, from whom I could learn a lot. Real producers really love cinema. If not, they shouldn't do it.

F&TV: What was the toughest part in doing this film?

SPJ: We shot almost the whole movie in June, when the temperature was quite high in Rajasthan soaring upto 45 degrees. But my entire team co-operated a lot. Even small kids who were just 5 to 7 years and were on sets with their parents faced all those. And I’m thankful to all of them. We also had to re-shoot some scenes, which was another difficult part for me. But we had an amazing team and they were all willing to work with us and they were fully prepared to act it again for the betterment of the film! It was really great to have such a talented group of people working together. We were almost like a big family on the set.

F&TV: What sort of advice would you give to debutant producers in this industry?
SPJ: The art of producing is ‘herding all in the same direction’ just like the Pied Piper. And herding all in the same direction is the most important thing. I will say that all movies are made up of a group of personalities, usually some pretty big ones. They are made up of a lot of people with different skill bases and different opinions. A good movie always comes about when you manage to get those people working together in a smooth direction. Having said this, I will just advise that have proper financing, make all arrangements before starting any project and select the right team members, so as to complete your project beautifully and on time.
Posted by Films & TV World at 12:00 AM