The two posters that were unveiled were creatively designed in Mumbai. A modern age romantic film, the posters clearly depict the feel of the film. According to Sandesh Gour, Meeradha is a unique name that’s a mix of Meera and Radha. He added that it was a “dream come true” for the posters to be unveiled by an Hon’ble and eminent personality as Shri Gadkariji as its my debut movie. The new poster for Meeradha clearly depicts the romantic feel of the film. Meeradha is not only unique by its name, but it’s a feel good romantic film with a message.

Writer Producer Surya Prakash Jethlia added, “This is one film that one can sit with the family and watch. Having said this, there is enough masala for the youth and never for once the audience will feel bored as we have not done it in a preachy manner.”

The film has beautiful compositions rendered by Shaan, Javed Ali, Raja Hasan, Santosh Kumar, Shahzaad Ali and Suhani Jethlia and the songs are set to tune by Archit Tak, Sugat – Shubham and Santosh Kumar. Shot entirely in Rangeelo Rajasthan, Mumbai and Silvasa, Meeradha is produced and presented by SPJ Entertainment OPC Pvt Ltd. and is set for an all India release next month in August 2016. 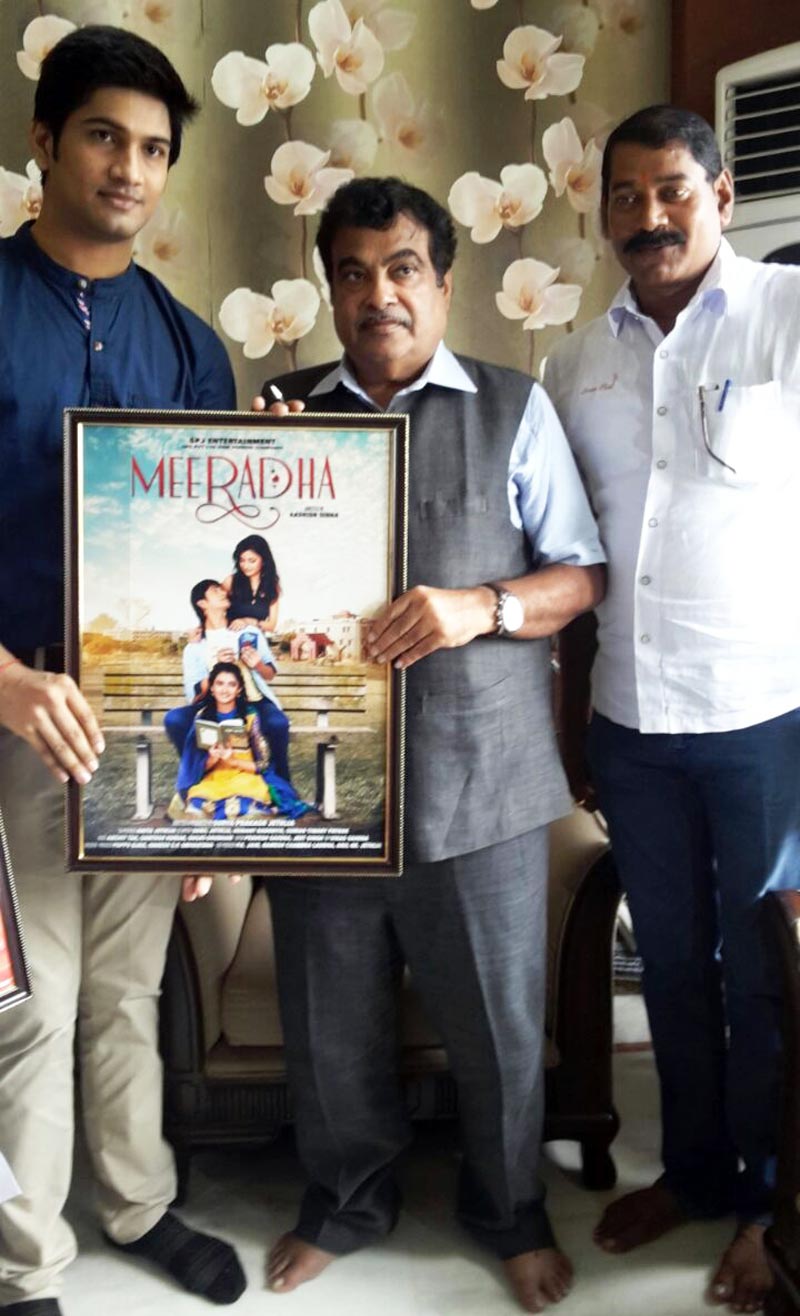 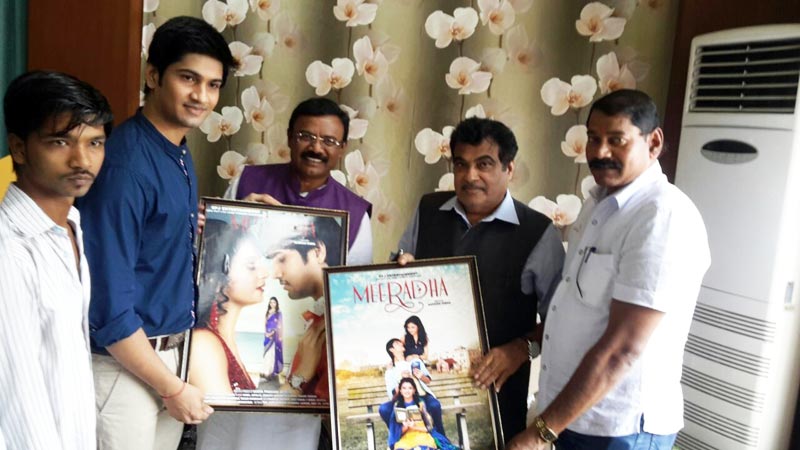