This Children’s Day, walk down the memory lane and re-live your childhood days with your kids with Sony DADC’s exclusive selection of blockbuster DVDs/Blu-rays. Indulge in a fun movie marathon with your kids and watch some inspiring stories of all time favourite like the classic The Lion King or the latest marvel The Lego Movie. Or embark on a magical journey with Frozen or The Smurfs.

Spend quality time with a rib tickling movie session complete with different stories and fond memories. Here’s a list of some best Children’s Day movies from Sony DADC that can be enjoyed on a high definition DVD or Blu-ray. Snuggle-up and grab some pop corn for a roller coaster ride with your favourite movie characters. 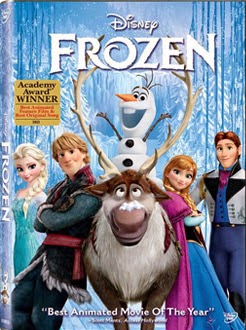 The Lion King is an animated musical adventure film directed by Roger Allers and Rob Minkoff. It is the story of Simba, a young lion who is to succeed his father, Mufasa, as king. However, after Simba's uncle Scar murders Mufasa, Simba is fooled into thinking he was responsible and flees into exile in shame and despair. On growing up, Simba is given some valuable perspective from his friend, Nala, and his shaman, Rafiki, before he returns to challenge Scar to end his tyranny. The Lion King with its intriguing characters, great music and hillarious moments is a family classic that will endure through the ages.

Frozen
‘Frozen’ tells the story of fearless optimist Anna (Voice of Kristen Bell) who sets off on an epic journey, teaming up with rugged mountain man Kristoff (Voice of Jonathan Groff) and his loyal reindeer Sven to find her sister Elsa (Voice of Idina Menzel), whose icy powers have trapped the kingdom of Arendelle in eternal winter. Encountering Everest-like conditions, mystical trolls and a hilarious snowman named Olaf, Anna and Kristoff battle the elements in a race to save the kingdom. The film is beautifully animated, smartly written, and stocked with sing-along songs. 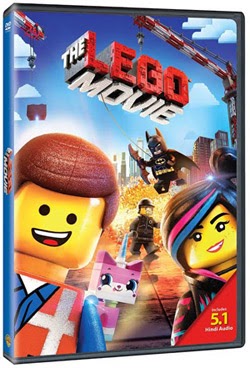 The Lego Movie
The Lego Movie is based on the Lego line of construction toys. The original 3D computer-animated story follows the ordinary Emmet who is a perfectly average Lego mini figure mistakenly identified as ‘The Special’, the most extraordinary person and the key to saving the world.  He is drafted into a fellowship of strangers on an epic quest to stop an evil tyrant. The Lego Movie is a journey for which Emmet is hopelessly and hilariously underprepared. 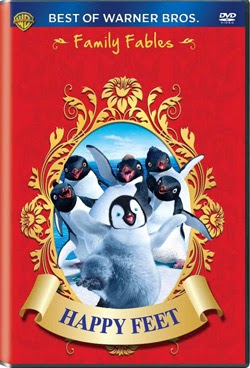 Happy Feet is an adorable movie that takes you into the world of the Emperor Penguins, who find their soul mates through song. This is the story of a little penguin named Mumble who has a terrible singing voice and later discovers he has no Heartsong. However, Mumble has an astute talent for something that none of the penguins had ever seen before: tap dancing. If you are looking for a movie that will make you want to laugh and cry, and will definitely have you thinking (about taking dance lessons & about the world as it is now) then this is the movie for you.

Monsters University
The plot of Monsters University revolves around Mike Wazowski and James P. Sullivan who are an inseparable pair, but that wasn’t always the case. From the moment these two mismatched monsters met they couldn't stand each other. “Monsters University” unlocks the door to how Mike and Sulley overcame their differences and became the best of friends.

The Smurfs 1 & 2
Smurfs 1 tells the story of the Smurfs as they get lost in New York, and try to find a way to get back home before Gargamel catches them. The Smurfs is a 2011 American 3D comedy film loosely based on The Smurfs comic book series created by the Belgian comics artist Peyo and the 1980s animated TV series it spawned. It was directed by Raja Gosnell and stars Hank Azaria, Neil Patrick Harris, Jayma Mays and Sofía Vergara, with Jonathan Winters and Katy Perry as the voices of Papa Smurf and Smurfette.


Smurfs 2 is a sequel of The Smurfs which was a successful American 3D family comedy film which released in 2011. The story of the film begins as the Smurfs team up with their human friends to rescue Smurfette, who has been kidnapped by the evil wizard Gargamel since she knows a secret spell that can turn the evil sorcerer’s newest creation called- the Naughties into real smurfs.
Posted by Films & TV World at 7:12 PM