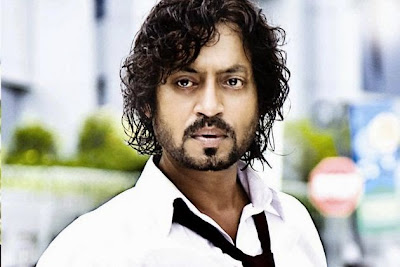 Bollywood actor Irrfan Khan will be the special guest this year at the 14th River to River Florence Indian Film Festival, the only festival in Italy totally devoted to Indian cinema, who will be celebrated with the first European tribute to his films. Taking place at Cinema Odeon in Florence (Piazza Strozzi 2) from December 6 to 12, the River to River Festival will showcase over 40 films and 2 special events, telling stories about the different ways of experiencing love, about sport as a mean of personal redemption, and passing through the world of art and music, with Italian, European and world previews.

There will be plenty of opportunities to meet actors and filmmakers, lots of matinee workshops and side events, such as the River to River - OFF, a selection of videos by some of the best-known contemporary Indian artists, in collaboration with Museo Marino Marini and Galleria Continua-San imignano/Beijing/Les Moulins.

A multiple award-winning actor who has starred in over 115 films, Irrfan Khan is the Indian actor the audience knows best for his work with outstanding international directors. The actor, who will be in all cinemas soon in Jurassic World by Colin Trevorrow (the new chapter in the Jurassic Park saga, out in 2015), will be celebrated by the River to River with the first ever homage to his films, veritable masterpieces that the audience will be able to enjoy, including Qissa by Anup Singh, The Namesake by Mira Nair, and Paan Singh Tomar by Tigmanshu Dhulia. Seven episodes of the third season of the US HBO series In Treatment, starring the actor, will be screened as well.

As part of the 50 Giorni di Cinema Internazionale a Firenze, the Festival has been founded and is directed by Selvaggia Velo, under the Patronage of the Embassy of India and FIND - India/Europe Foundation for New Dialogues, with the contribution of the Italian Ministry of Cultural Heritage – Cinema Department, the Tuscan Region and Fondazione Sistema Toscana, Ente Cassa di Risparmio di Firenze and OAC, and the India Tourism Office of Milan.

The River to River Festival keeps probing into the territories of Indian cinema to tell the many faces of a distant and extremely contradictory society through the films of established directors and young talents alike. New this year: the Online Stories section, contemporary Indian society told through the Internet and its social platforms by a new generation of filmmakers. The audience will choose the best film in each category (feature films, short films and documentaries) for the River to River Doombo Audience Award.

Then, the festival will move to Nuovo Cinema Aquila (via l’Aquila n.66) in Rome (December 13 - 14) for a two-day festival and, in February 2015, it will move again to Spazio Oberdan in Milan (Viale Vittorio Veneto n.2) for the “best of” Florence’s festival.


This year, the River to River Florence Indian Film Festival has formed a new partnership with luxury hotel J.K. Place Firenze, which welcomes its international guests in an exclusive, private atmosphere right in the heart of the city. In addition, for the second year on end, the River to River will be supported by Salvatore Ferragamo, a brand that has always been keen on dialoguing with the world of culture, art and cinema. In addition, the Festival is also sponsored by Klopman, Latte Maremma and Instyle. Its partners include: Four Seasons Hotel Firenze, Palazzo Tornabuoni, Hotel Roma, Pensione Canada, Vini Mazzei, Amblè, Robert F. Kennedy Center for Justice and Human Rights Europe, Museo MarinoMarini, Galleria Continua-San Gimignano/Beijing/Les Moulins, Museo Stibbert and Teatro del Sale.
Posted by Films & TV World at 6:45 PM