To be bigger and better with new sections, Film Bazaar to take place from 20th to 24th November, 2014 in Goa 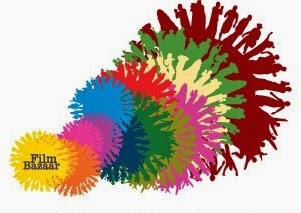 Organized by the National Film Development Corporation (NFDC), Film Bazaar in its 8th edition is a platform exclusively created to encourage collaboration between the international and South Asian film fraternity. The Film Bazaar is focused on discovering, supporting and showcasing South Asian content and talent, in the realm of filmmaking, production and distribution. A converging point for film buyers and sellers from all over the world, the Bazaar also aims at facilitating the sales of world cinema in the South Asian region. First held in 2007, Film Bazaar has evolved into South Asia’s global film market, witnessing an increased South Asian and international participation with every edition. The 8th edition of Film Bazaar will be held from Nov 20-24, 2014 at the Marriott Resort, Goa, India.

The 2013 market saw an attendance of 831 delegates from 36 countries including dedicated country delegations from Australia, Canada and Poland.

Another section, Investor Pitch has been launched at Film bazaar this year. The event entails two sessions, first session would be on pitching scripts in the romance genre that have been mentored by Habib Faisal, screenwriter and director, Band Baja Baaraat, Ishaqzaade, Bhavani Iyer, screenwriter, Lootera and Guzaarish and Girish Joshi (Raanbhool, Kakasparsha) The second session would be for pitching films that are looking for completion funds. These films will be curated by well-known festival programmer Deepti Dcunha and restricted to films from Film Bazaar Recommends of Viewing Room only. This event is scheduled for 2 days at the Film Bazaar.

NFDC, in association with Harlequin, introduces the first-ever Romance Screenwriters' Lab, which will focus on developing scripts based on romance and women-centric plots. The Lab will be held in three stages and the participants will be mentored by three eminent people from the Indian film industry. The last stage of the Lab will culminate at Film Bazaar, Goa, where the participants will be given the opportunity to pitch the projects to prospective producers. The Lab mentors are Habib Faisal, screenwriter and director and Bhavani Iyer, screenwriter.

For the first time at NFDC Film Bazaar, there will be two Work-in-Progress (WIP) Labs: WIP Fiction and first WIP Documentary. In each Work In Progress Lab, selected projects in their rough-cut stage will be presented to a panel of international film experts for their feedback. The newly introduced WIP Documentary Lab will only consider creative feature-length documentaries in the rough cut stage which are aimed at a theatrical release.

This year, two new sections are being introduced in the Viewing Room: 'World Cinema' and 'Available for Remake'. The 'World Cinema' category comprises foreign-language films that have won acclaim at major international film festivals and are looking at distribution and sales in South Asia. The 'Available for Remake' category consists of Indian and foreign-language films that are available for remake in Indian languages. The AFR category is a section jointly curated by Deborah Benattar of La Fabrique Films and the NFDC.

The other sections at Film bazaar includes Co-Production Market, 32 potential projects relating to South Asian stories available for Co-productions, Screenwriters’ Lab, Six original scripts mentored by International mentors, ready to get into production, NFDC Knowledge Series, Industry conversations and Panel Discussions by renowned film industry experts on current trends, skills & techniques in the global film scenario, Industry Screenings, Digital theatres for trade screenings of films for investors, buyers and festival programmers, Exhibition Stands,Stalls at the market venue to showcase products and hold meetings with other delegates, Producers’ Lab, Film Bazaar 2013 had introduced a new section called Producers’ Lab that will focus on honing the skill sets of Indian Independent Producers and will help them interact and collaborate with their International counterparts.

According to Nina Lath Gupta - Managing Director, NFDC India, “We are excited to launch new sections at Film bazaar this year ie. Film offices, Investor Pitch and Romance Screenwriters’ Lab. We hope like last year this year too will be a soaring success with an aim to bring together film makers and production companies. ”