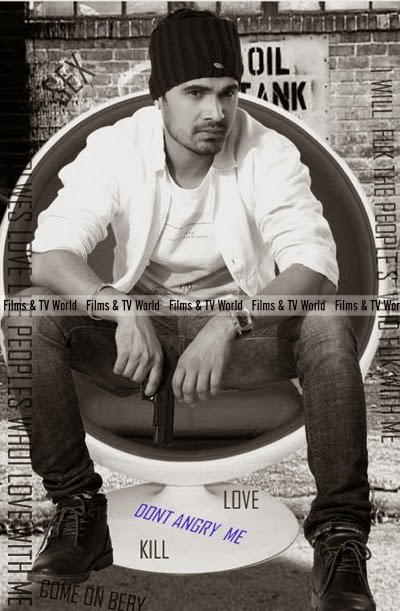 When Saheem Khan arrived for our conversation at the Bru Café, Lokhandwala, the first thing that came to my mind is “He’s unconventional.” But despite his unfailing politeness, you get a sense of how he much likes to tease and play with people's reactions. What subtly comes across is his determination in his approach to acting and his take on the characters, his steeliness is obviously what keeps him going, an understanding that the work would come if he applied himself in a way that made sense to him (stardom in a big way is yet to arrive on this actor). This is Saheem Khan for you - who have done episodics in Savdhan India, Crime Petrol as well as Sony Television’s long-running show CID. Apart from these, Saheem Khan has also done ‘Chehra - The Unknown Mask’in the lead. He has just finished shoot of another film ‘Prakastha’ that is directed by Jagmohan Kapoor who have written hit films like Nagina, Nigahen, Banjaran, Sansaar, etc. ‘Prakastha’ is scheduled to release in the June of 2015.

Speaking about his career sipping coffee, he also tells us why Irrfan Khan is his role model, the challenges one faces in the industry like nepotism and casting couch (he is quick to say that he has been lucky to get roles without the conventional glitches one faces), his favourite film being 3 Idiots, and watching movie, reading books and listening to music as well as acting brings joy in his life. 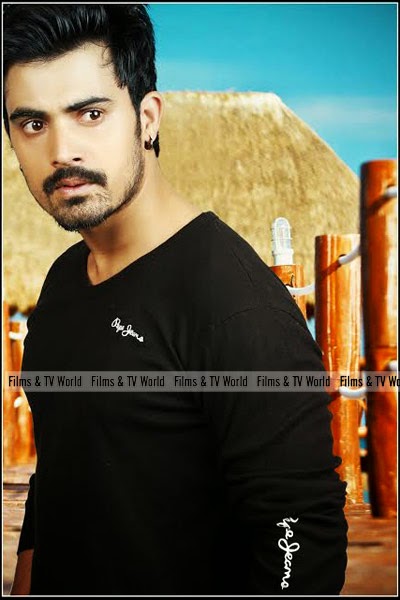 Films & TV World: So Saheem tell us more about you as a person and an actor.
Saheem Khan: Well, frankly speaking - this 'About me' thing could be answered best by the people who know me. However I would like to point out my USP's here and those are, being workaholic, and work being my first priority, maintaining relationship both professionally and personally and I’m a die-hard romantic by heart. I was born in a businessman family and my mother is a housewife, I have three sisters and four brothers. Basically we are three blood brothers, but my friend Hasrat Ali is more like a brother to me and that's why we always count on him as our fourth brother.

Since childhood, films have always attracted me and stretched its hand towards me. And one fine day, to fulfill my dream to be an actor I boarded the train for Mumbai. That was 7 years back in 2007. Now I am 25 and I am much more mature than what I was earlier. After reaching Mumbai, the need and the will to survive made me take up work in a telecom firm as a marketing manager. However I continued participating in theater groups and also worked as a junior artist. And one day lady luck smiled on me and here I am today, sitting with you for an interview.

FTV: What drew you to Acting
SK: Irfan Khan's terrific acting and styling sense impacted me the most. In a way, his acting was instrumental in me choosing acting as a profession. Though others find Bachchan saab or SRK their ideology, I like Irrfan’s natural style as his acting is not imbibed by anyone. He is more interested in opening the doors of his performance in a film, with his naturalism. While people at times find him stuck in one style, I still find him design a performance in terms of the size of the character. And not only in Bollywood with his superlative performances in ‘The Lunchbox’ or ‘Paan Singh Tomar’, his acting has been met with appreciation even in Hollywood with the biggest of Directors and even Oscar winning ones. That is the beauty of his acting. And just like him, I too would like to stick to my beliefs and my natural style. 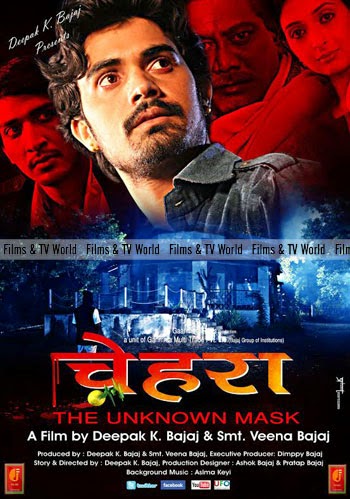 FTV: How has your family supported you?
I never wanted monetary support from my family, so leaving that part the other most important thing a person especially an actor needs is moral support and that my family gave hugely.

FTV: How did you get involved in the profession you are today?
SK: Mine is just one of the same creation stories of modern Bollywood. I always dreamt of being an actor and one fine day to fulfill my dream to be an actor I boarded the train for Mumbai. I always knew I wanted to be an actor. I just knew. Acting to me has always been a way of getting exposed to ideas that had never been presented to me. It was always on the list of career options as I was growing up. Though I didn’t know much about the workings of Bollywood or the television industry, and without any godfather here, my family was a bit hesitant at the start. But I wanted to see it, I wanted to be here. Then it occurred to me, that unless I am here and face it, my career opportunity just wouldn’t start. And I decided - I'll go to it. So simple. But it had never occurred to me that it would be an uphill task too. After reaching Mumbai, to survive I started working in a telecom firm as a marketing manager. However I continued participating in theater groups and also worked as a junior artist. But once I got my break, I quit my job as a marketing professional and plunged fully into this. Since then it’s no looking back.

FTV: Who do you dream of working with and why?
SK: Irrfan Khan and Armir Khan; they have shown versatility in acting and I wish to learn from them. A good performance demands equal commitment from all the actors acting in it and working with experienced actors helps you learn many nuances on the job making it easier. When you are working with senior actors you know what is needed of a scene and how to give the best to it. Irrfan Khan and Armir Khan are two versatile actors and I always cherish their style of acting and keep imbibing their nuances, though in my own way instead of blatantly copying and stereotyping.

FTV: What’s your view on the new wave cinema and films of today? 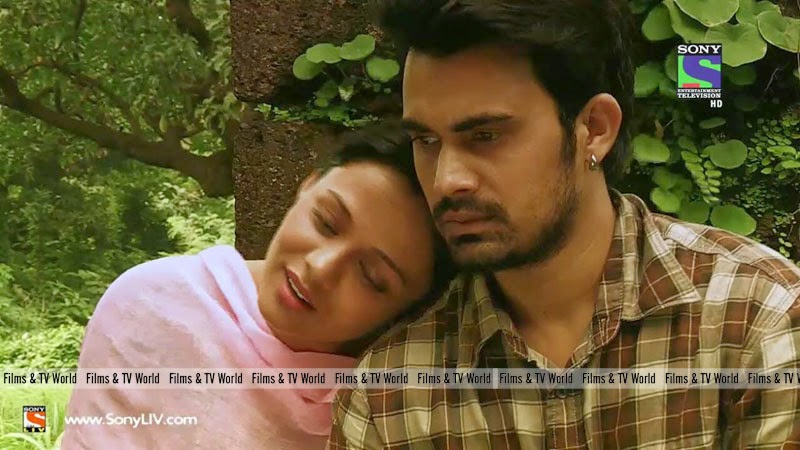 SK: Earlier it was mandatory that the actor/actress should be good looking but in new wave or smart cinema, the ability of acting matters the most. For example Nawazuddin Siddique played the main lead in the critically acclaimed 'Miss Lovely'. And it went on to become a big hit. Also ‘The Lunchbox’ was a master piece in film making and acting. I find my calling there. Having said this, I am also open to the typical Bollywood commercial films. I have just finished shoot of ‘Prakastha’ directed by Jagmohan Kapoor who have written hit films like Nagina, Nigahen, Banjaran, Sansaar, etc. Right now my film ‘Power of Money’ is on floors and in the meanwhile I have signed another Hindi film and one Telegu film. Being an actor you are also expected to do stuff that works - even I have done music videos that may not appease to many.

However I still remember my first achievement - it was in the year 2008 when I was offered 'Bhavar' on DD Urdu as second lead. This led to getting my major breakthrough in ‘Chehra - The Unknown Mask’ that released last year. Since then, its only way forward for me.

FTV: And what was it like collaborating with director Amit Jha in the recent episode of Crime Patrol?
SK: I love what Amit Jha sir does with the genre. I’ve wanted to work with him for a long time because of his unique sensibility and also the fact that he won the Best Director Award for Crime Petrol. He’s got a wonderful way of looking at the world and I think real humanity comes out of this work and all of his works. He’s interested in the characters within that genre and what I love is the kind of tone and it’s something that is constantly going on within his storytelling. It always feels natural as well, which is something I love. I like to put everything of myself into my work and he does as well, making it great fun to collaborate with him every day. 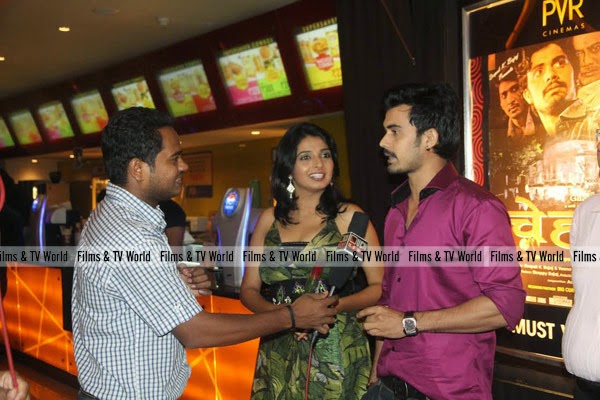 FTV: What would you like to tell someone who is thinking about joining the profession?
SK: I understand that most of the newcomers are drawn to this field in their quest for fame, without really understanding the hard work one has to put up and live with its consequences. But if you have made a mind to jump into the fray, put in a lot of hard work, patience and concentration no matter what the situation. Another important thing is 'money' - it makes your struggle easy. So before jumping headlong, try and search within to know if this industry is really your calling. And if it is, focus on it to achieve it and you will surely reach your destination.

FTV: Anything else you wish to share about yourself that I may have missed.
SK: I remember having read Brad Pitt’s interview somewhere where he mentioned: "I have very few friends. I have a handful of close friends and I have my family and I haven't known life to be any happier. I'm making things. I just haven't known life to be any happier." In short, I would like to rephrase this: I have very few yet close to my heart friends. And I have my family who has always stood by me at all times and I owe all whatever I have achieved due to them. And I’m really happy to have them all along with me. Period!”


Here's the video of his album 'Piya Saath Nahi' that showcases his acting prowess..