From Drug-addict to Sex-addict, Gulshan has always chose to be different 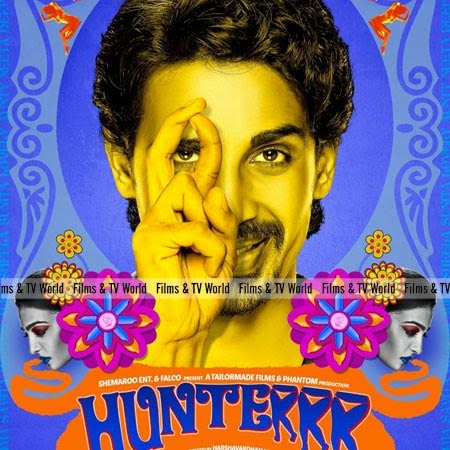 With the successfully growing career from a Drug-addict in Shaitan to a scheming business tycoon in Hate Story to the corrupt Bhuvan in Goliyon ki Rasleela Ram-Leela, Gulshan has never been into the stereo type bracket. And with his new upcoming movie Hunterrr, he is all set to venture in to a new kind of role that the audience will love him in.

Recently launched, attention seeker trailer of Hunterrr has revealed it all that Gulshan is now turned in to a sex-addict, called as "Vaassu", because he believes in smelling the needs of the women, in hindi - "Vaas leneka". " I have always sought for different roles, and i found Vaasu to be a very unique yet very ordinary character in real life. Its a Journey of Mandar Ponkshe aka Vaasu, who is always behind girls, a unassuming sex addict. He is a Lookerrrr, He is a Runneerrr, He is a Learnerrr, He is a Playerrr, He is a Hunterrr ", says Gulshan.

Hunterr is a directorial debute of Harshavardhan Kulkarni also writtern by him, starring Radkhika Apte and Sai Tamhankar along with Gulshan Devaiah in lead, to be release on March 20, 2015.