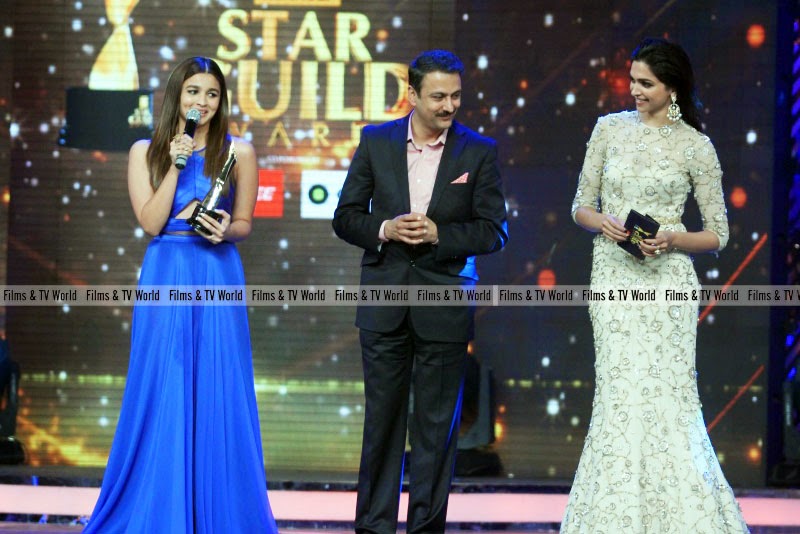 The night shone bright as the biggest stars in the Indian film and television industry walked down the red carpet to celebrate the best of 2014 in Hindi Cinema & Television. 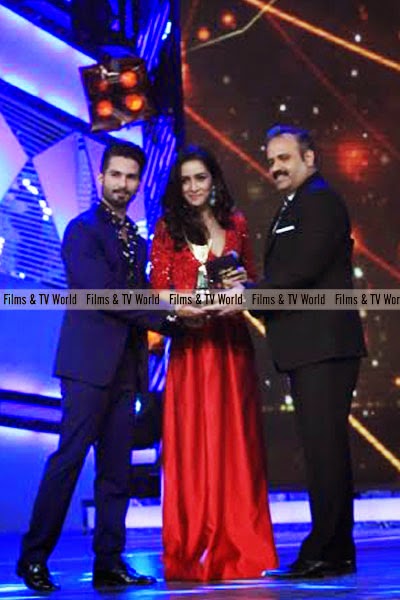 Rajkumar Hirani’s box-office hit PK won Best Film along with Best Director, Best Dialogue, Best Sound Mixing and a special award for the More Than 100 Crore Film. Shahid Kapoor won for Best Actor for his performance in Haider while Priyanka Chopra walked away with the award for Best Actress in Mary Kom. Stars sashayed stardom, dressed in their classiest, gorgeous best as they walked down the Red Carpet.

Taking the podium as host, the inimitable Kapil Sharma brought his own brand of humor to the night as he enthralled audiences with his quick wit.

The evening was coupled with enthralling performances by the super-stars like Mr. Amitabh Bachchan who performed to Piddly from his upcoming movie Shamitabh. Priyanka Chopra kicked off the night with a stunning performance on Asalaam E Ishqum and Ram Chahe Leela Chahe while Alia Bhatt created magic on the stage with a performance on Phataaka Gudi and Radha on the Dancefloor. Other performances included Jacqueline Fernandes and Shahid Kapoor.

Mr. Amitabh Bachchan gave a special tribute on behalf of The Guild to Ravi Chopra, while Akshay honoured Sajid Nadiadwala for 60 Years of Nadiadwala Grandson. Rakesh Roshan received a Lifetime Acheivement Award that was presented to him by Jeetendra and Hrithik Roshan. Deepika Padukone walked away with the award for Entertainer of the Year and Alia Bhatt won the Gionee Most Stylish Youth Icon Award.

Priyanka Chopra won the award for Hindustan Times Celebrity for a Cause and the Star Plus Shining Superstar Award went to Shraddha Kapoor.

Mr. Sumit Sawhney, Country CEO & Managing Director, Renault India Pvt Ltd said “Renault India is happy to work together with the Guild and we are elated to celebrate the accomplishments of the Indian Cinema & Television industry. At Renault, we understand what it takes to think ahead, to win hearts of the audience and also win accolades from a proficient jury. We have always believed, both the Guild and Renault lay special emphasis on Driving the Change and are therefore a perfect fit with each other” 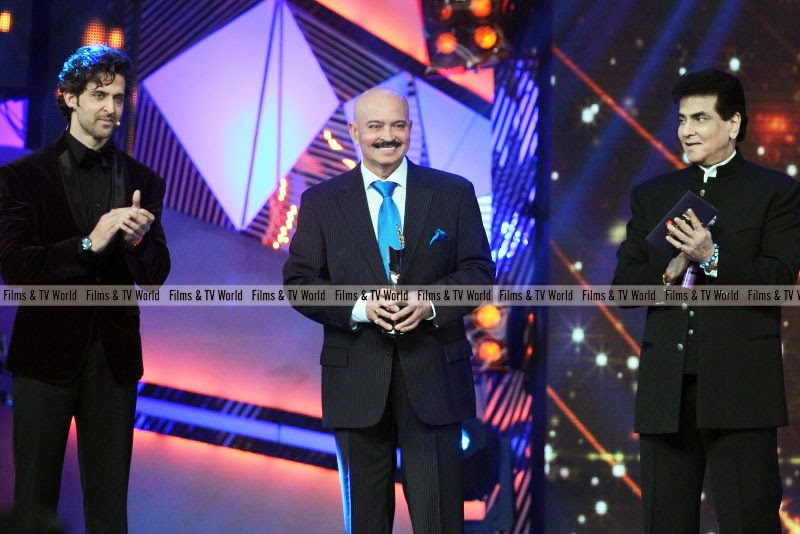 Talking about the awards, Mr. Sanjay Gupta, COO, Star India Pvt. Ltd said, “Television & Cinema are the two cornerstones of our entertainment ecosystem. Star Guild Awards are extremely prestigious as they are based on peer recognition by members of the Guild. We are delighted to host them once again and our viewers can look forward to an entertaining night on TV."

Mr. Arvind Vohra, India Head, Gionee Smartphones said “Cinema is one of the most important parts of our culture. It is one of the Passion Points which we as a brand want to get associated with because our consumers connect with it. SGA is one of the platforms which is created by the Film industry and recognizes the efforts of the industry across categories and functions. We at Gionee are honored to be a part of SGA in recognizing and appreciating the efforts of the film industry for adding entertainment, style and glamour to the consumers life” 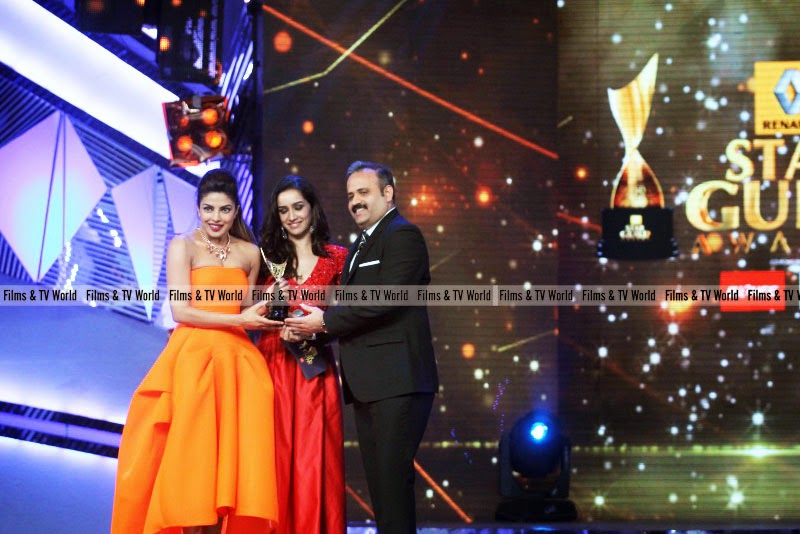 Sabbas Joseph, Director, Wizcraft International Entertainment said, “It gives us immense pride to partner with the Guild and celebrate the success of the best contributions to Indian Cinema & television.”

The Renault Star Guild Awards 2014 co-powered by Gionee Smartphones was a scintillating evening with the presence of the biggest and brightest personalities and an unbeatable glamour quotient. A special mention to our Associate Sponsors Donear, Cause Partner Hindustan Times promoting “Clean My City” under the aegis of  Swach Bharat Abhiyan, Industry Partner Prime Focus Studio, Support Partner Eros & Music Partner  T-Series for partnering the prestigious event.

The Renault Star Guild Awards 2015 co-powered by Gionee Smartphones and Ola Cabs will be telecast on 18th January on Star Plus at 8pm.
Posted by Films & TV World at 11:23 AM