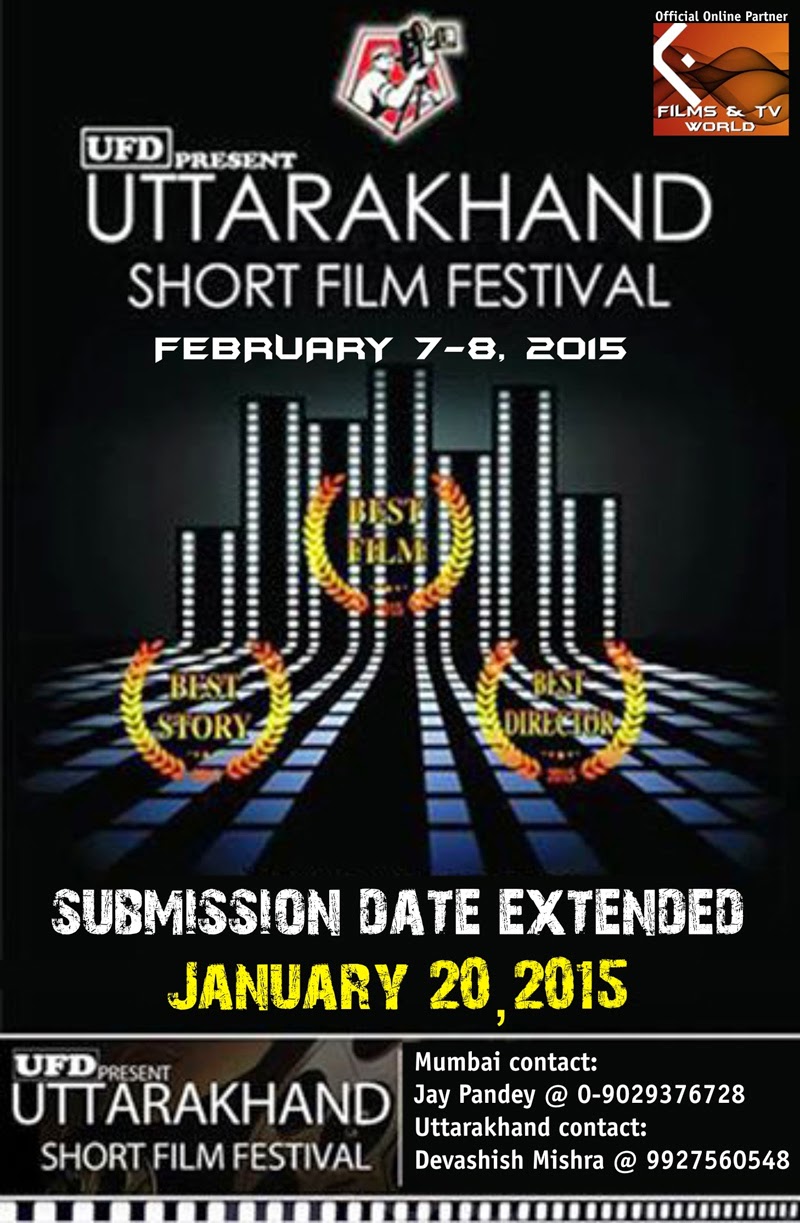 The Uttarakhand Short Film Festival has extended its submission deadline to January 20th from its earlier regular deadline of January 10th. This was done at the request of quite a few film makers who couldn’t send it any earlier. The festivals juried categories include narrative shorts, documentary, shorts fiction, experimental, animation and the like.

Also, in wake of the extension of submission dates, it was imperative of Uttarakhand Short Film Festival committee to announce new dates for festival. Now in its second edition, UKSFF is now slated to happen on 7th & 8th February 2014 at Dehradun, Uttarakhand, India.

According to G.S.Thapa who is organizing this festival, he aims to bring the film fraternity to Uttarakhand through this festival is to also invite makers to shoot their films here, just the same way they are looking at Kashmir these days and this is one of the main initiatives. He also added that the new extension of submission dates would under no circumstances be extended and will be close on January 20th.

Speaking about the films received by now, one of the key members of the organizing committee Devashish Mishra said that they have received many international entries and have also received entries from even Spain, UK, USA and the like. “On the Indian front, we have received entries that also have Bollywood as well as Television celebs and it will be sure fun to watch. Not only Hindi, but we have received in many regional languages including Bengali, Gujrati, Marathi, Tamil, Malayalam and are also expecting Rajasthani language films as well,” Devashish said.

"We welcome your entries and inquiries, and thank you in advance if you have already submitted your film this year, or in past years. If your film is not ready yet, do consider us in the future. The deadline for entries is now January 20th, 2015," added Devashish.