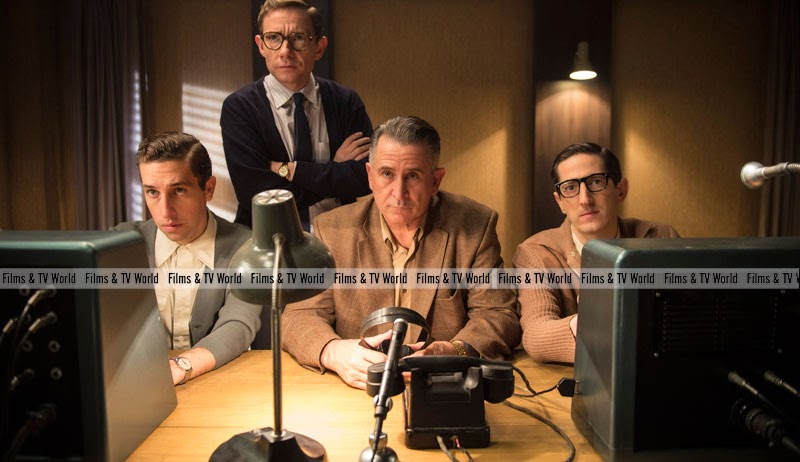 Acclaimed British actor who was last seen in ‘The Hobbit’ recently showcased his latest feature ‘The Eichmann Show’ at the prestigious BAFTA theatre in London. The film marks a one of its kind collaboration, boasting a strong India connect, with noted film producer Sheetal Talwar having co-produced this film with the BBC and BAFTA Winner and Nominee, Lawrence Bowen and Ken Marshall respectively.

The film has been garnering rave reviews following its UK showcase, with The Telegraph in London calling it “Absolutely Enthralling” and The Guardian stating it was “Full of good actors and good intentions”.  The Independent called it ‘A deft docu-drama that puts Eichmann back in the dock’ and the daily mail reviewed it saying “The Eichmann Show made us remember how easily hatred can engulf whole nations. It’s a message that demands deep reflection.”

What’s more is the fact that the film also had acclaimed actor Mark Gatiss took to twitter commending the film, calling it ‘Compelling, Shocking and horribly relevant’ as did other prominent personalities such as Kirstie Alsopp, Rory Cellan-Jones, Jonny Gellar amongst numerous others.

Talwar who was there at the special screening of the film at the BAFTA theatre said, “This is a once in a lifetime film and both Bhavna and I are proud to be a part of good cinema such as this. It was a great experience to be partnering with Lawrence, Ken, BBC and Paul and sharing the same dream, of making this story that deserved to be told on screen.”


The film that is already garnering such great buzz is scheduled to release soon in multiple territories and is being sold by one of the leading sales agents, Content Media Corporation.
Posted by Films & TV World at 9:51 AM