Cinéphile - An Ecstasy over Celluloid and an Opportunity to Short Filmmakers 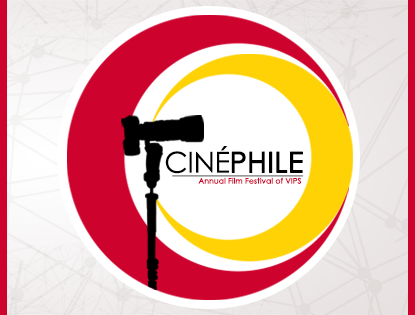 Films flow with blood in the veins of the Indians. The fact that India is the largest producer of the films in the world is itself a proof that Indians are true cinephiles. The term ‘Cinephile’ is used for a person who adores cinema. Therefore, Vivekananda Institute of Professional Studies, Pitampura, New Delhi, affiliated to Guru Gobind Singh Indraprastha University, brings to you its first annual film festival ‘Cinéphile’, an astounding hamlet of film admirers from 18th September 2014 to 20th September 2014.

Indian cinema has all the sentiments, emotions, feelings, passions, excitement, fervor, ups and downs etc. of the common Indians. This year, Cinephile aims to bring out the unconventional side of human nature. So, the theme of the festival is ‘The Human Face of Cinema’, giving a chance to film makers to portray the uncanny aspect of human beings. 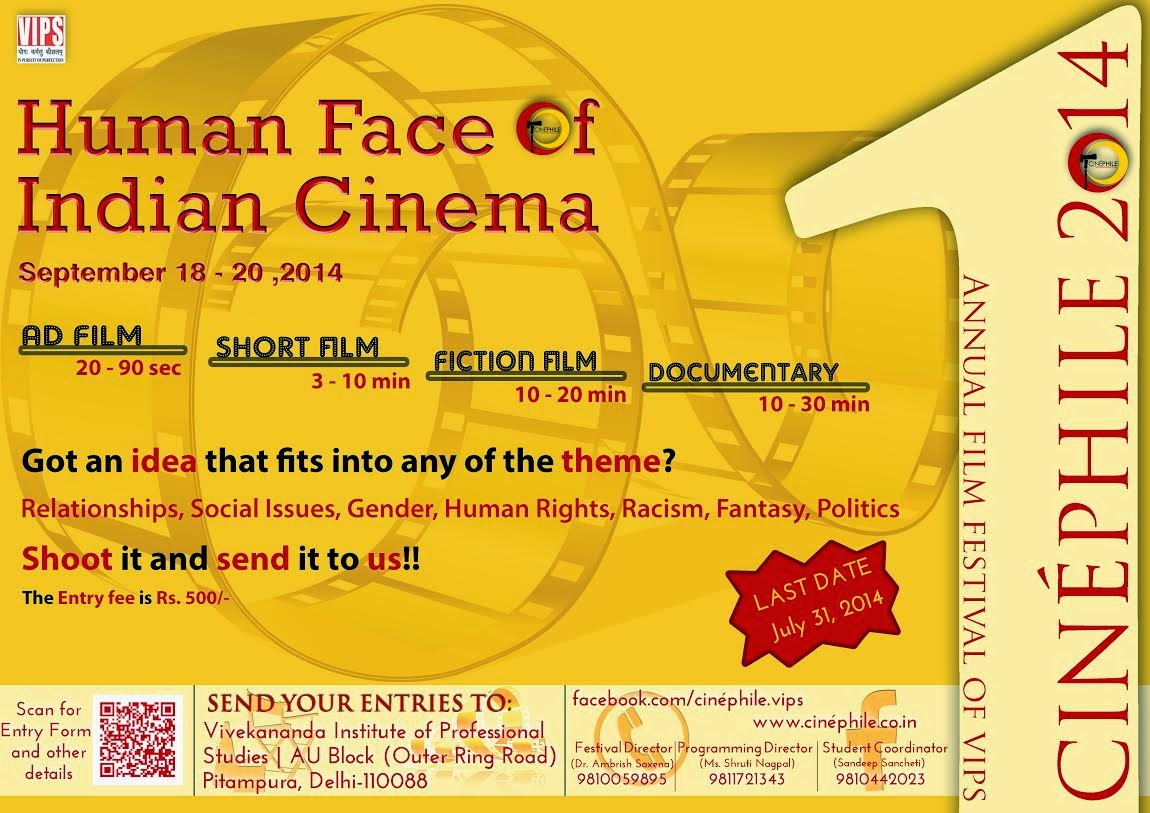 The expediency of Cinephile lies in the fact that it gives its every participant a chance to spectacle their art pieces to the eminent personalities of the Indian Film Industry. Moreover, it gives them a chance to get their films critically analyzed by these experts and get the benefit of experts’ experience in film making and discuss their ideas, beliefs with them as well.

Film making is a creative art that a film maker possesses but if these skills are polished at right time, they can transform the film maker in a big way. Therefore, for all budding film makers, Cinéphile also offers fortuity to get their film making skills polished. On the first day of film festival prominent film maker Mr. R.V. Ramani will take a master class on camera techniques and documentary film making. He’ll give tips on technical and aesthetic aspects of film making. That means a chance that can’t be missed!

So, if you have that flair for film making, don’t wait, register before 31st July and join the Cinephile league and be a part of spectacular world of Indian Cinema!

Facebookers can get more information on www.facebook.com/cinephile.vips
Posted by Films & TV World at 6:02 PM